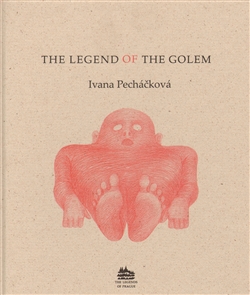 The Legend of the Golem

Pecháčková retells the story of the Golem of Prague from the perspective of a Heidelberg student, Johan, who is obsessed with finding the Golem and using it for his own ends. Johan’s story takes him with a traveling theater company, into Emperor Rudolph court, and ultimately to the Old New Synagogue.

The book is beautifully illustrated with pencil drawings by Petr Nikl and makes an excellent children’s book (though not for younger children). The book is the second in a series of books called “The Legends of Prague,” which also cover the Infant of Prague, the Astronomical Clock, the Charles Bridge, and the Loreta Bells.