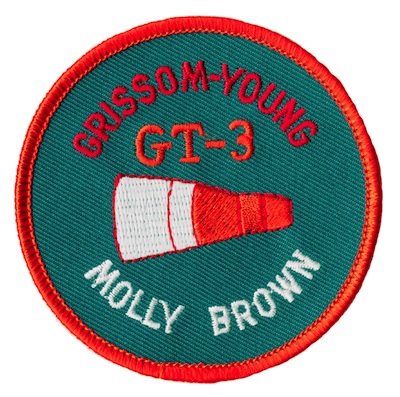 Wikipedia is a wealth of random trivia. On the second Mercury mission, Gus Grissom’s capsule blew its hatch prematurely and the astronaut nearly drowned, as shown in The Right Stuff. There are a number of theories about what happened, but they are not important here. When Grissom was later selected as command pilot on Gemini 3, he and pilot John Young named the spacecraft Molly Brown, after a popular musical. Wikipedia sums up what happened next:

NASA publicity officials were unhappy with this name. When Grissom and his pilot John Young were ordered to come up with a new one, they offered Titanic. Aghast, NASA executives gave in and allowed the name Molly Brown, but did not use it in any official references. Subsequently and much to the agency’s chagrin, on launch CAPCOM Gordon Cooper gave Gemini 3 its sendoff by telling Grissom and Young, “You’re on your way, Molly Brown!” and ground controllers used this name throughout the flight.

Grissom later died in the Apollo 1 accident.  The Molly Brown mission patch is shown above.