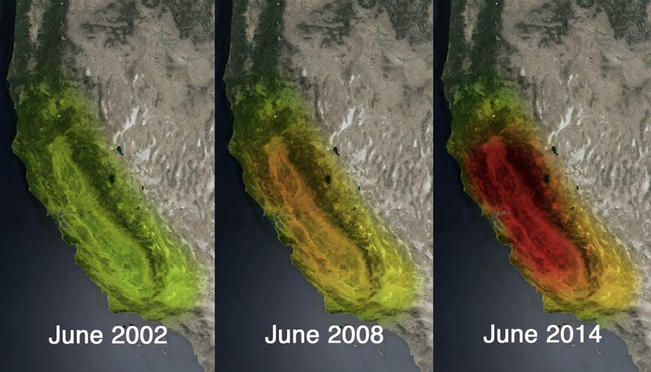 Jason Kottke reviews a movement in South Florida to secede from the rest of Florida due to climate change. He explains that climate change will drive much of the politics going forward:

Look for more of this type of thing in the years to come. The fight over fossil fuels has already shaped a great deal of the modern global political structure and the coming shifts in climate will almost certainly do the same.

As this century wears on, battles over water will define global politics in the same was as oil did the last. This will go beyond climate change. While South Florida may be better positioned to handle climate change as a separate state, in the American West, demand for water for human consumption and agriculture will be the biggest political issues. California is already showing strains related to water demand.