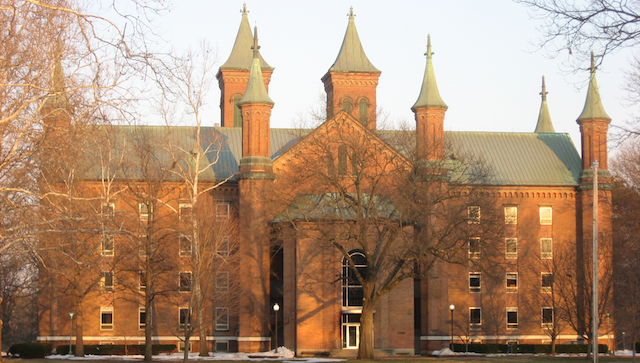 Sweet Briar College has announced it is closing after more than 100 years of operation. This isn’t a big deal and colleges have closed before. Predictably, the higher education industry is panicky over what this might mean for small liberal arts colleges across the United States. I went to an RU/VH so I admit I am part of the problem.

But the real problem here is that nobody got the warning when Antioch closed the undergraduate college in 2008. After a battle with the trustees, an alumni group bought the plant and restarted the institution, separately from the rest of the Antioch University. Because of the eventual reopening, the warning wasn’t heeded before. Smaller colleges will need to adapt and change to stay relevant and, therefore, open. I don’t know what changes will be necessary. Some colleges will try one thing and others another. There will be a lot of combinations in fits and starts. Some will win and some will lose. And that’s fine.

As an aside, it’s not unreasonable to suggest there will be a similar attempt to save Sweet Briar by alumni, students, or other interested parties. If that happens, the warning will be lost again until next time.