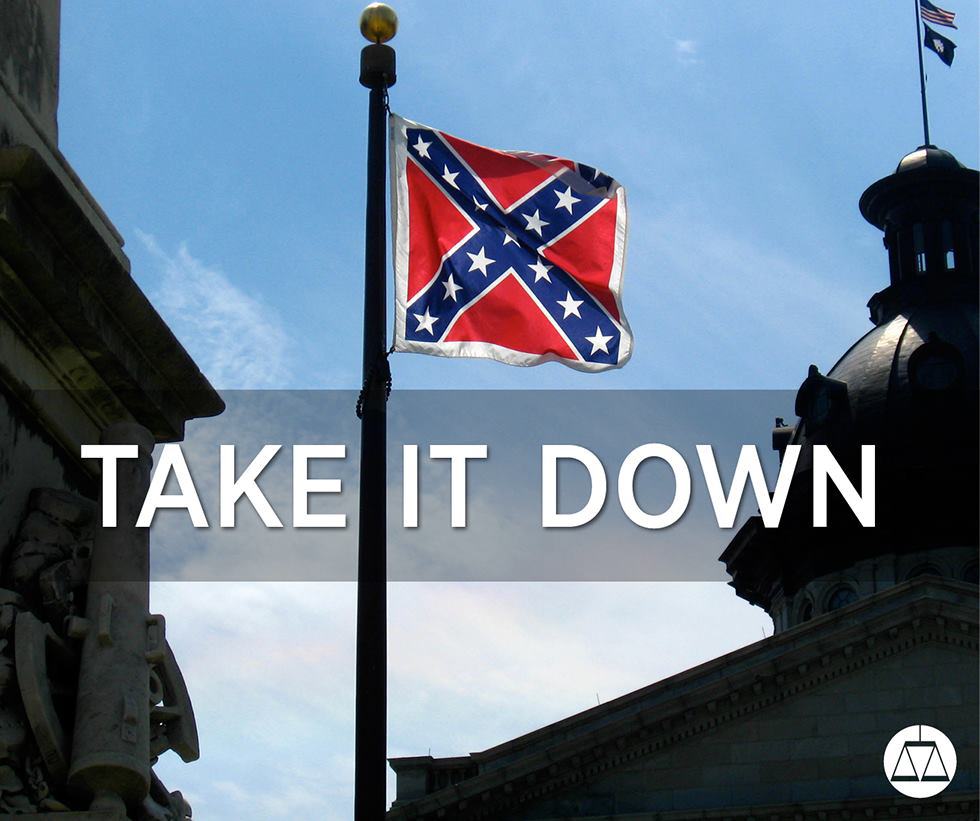 Take It Down, Amazon

John Price writes here, in the wake of Charleston, that the Confederate flag is a flag of treason and terrorism, not heritage.1 It is no different from the ISIS flag. It represents the worst of humanity and is only celebrated by those whose morality has failed them.

Here in Howard County, there was an incident where some students flew a Confederate flag at a football game. And it was clearly motivated by racism. Of course, these poor and uneducated students were defended by some real low-lifes, much like we see in South Carolina today.

The flag flying in South Carolina is a critical piece of this discussion. Today, the flag of treason in 1861 and terrorism from 1900 or so on, is not something respectable people are proud of. It’s something to be ashamed of. And that’s why it should be taken down in South Carolina. As long as it flies, it tells everyone that South Carolina is, today, rejecting our sacred value of equality under the law. In other words, they reject America. And it creates an environment that tells people, “Hey, it’s okay to go on that shooting spree,” with a wink and a nudge.

During the fiasco here, I noticed something about how easy it is to get a Confederate flag. For something disgraceful to own and show, it sure is cheap and easy to get. Here’s a comparison of how many products are available on Amazon, this evening, from the following search terms:

It shouldn’t be that easy to get. Unlike the Confederate flag wavers, and, frankly, so many on the Left, too, I respect the rights of everyone. I will not call for a ban on the flag. It would also be improvident to criminalize the flag. But I have no problem pulling together collective economic power to make it effectively impossible to get. And here’s where we start.

Walmart took a critical step here, today. Amazon should now prohibit items with Confederate flags from sale in its marketplace, including stopping third-party merchants from selling them. Amazon already prohibits, through a general policy, products “that promote or glorify hatred, violence, racial, sexual or religious intolerance or promote organizations with such views.” All they have to do is enforce the existing policy.

This won’t be the end of it, but decreasing sales will send a strong message about what we, as a society, approve of.