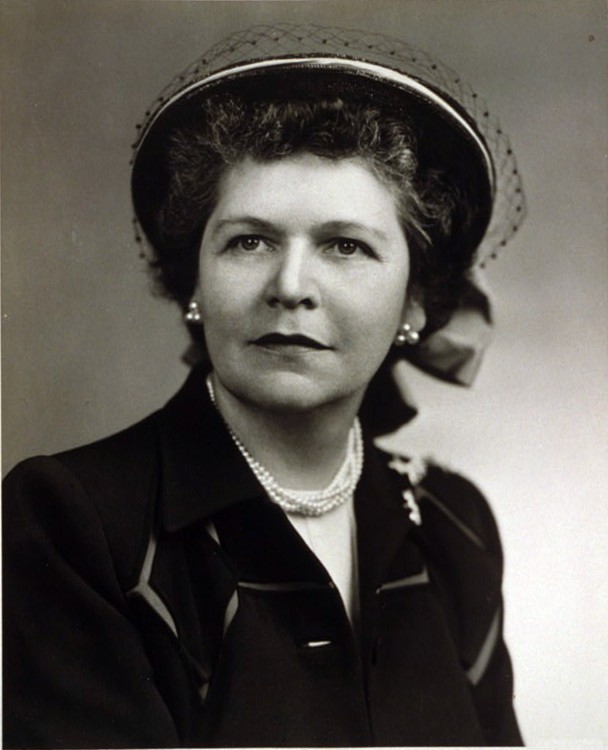 Georgia Neese Clark for the $20

Jack Lew, Secretary of the Treasury, announced a couple of weeks ago that the ten dollar bill would be redesigned by 2020 and would feature a woman, instead of Alexander Hamilton. For a lot of reasons, best summarized by Ben Bernanke, Hamilton should stay on the ten and we should replace Andrew Jackson on the twenty. But this leaves open the question of who the woman on the bill should be. Suggestions I’ve seen include Harriet Tubman, Susan B. Anthony, and Eleanor Roosevelt. Well, there’s a framework for answering this question on the money itself. Let’s look at who is on it in the current series:

Even on the more obscure bills, this is pattern holds fairly well. Woodrow Wilson, face of the $100,000 bill, lead the establishment of the Federal Reserve System. Salmon P. Chase, on the $10,000 bill wrote the National Banking Act, favored by Lincoln. James Madison, looking out from the $5000 bill, lead the establishment of the Second Bank of the United States (though he killed the First). Presidents are important, even to the economy, but none has had as radical a role since Franklin D. Roosevelt pushed to separate the Federal Reserve from the Treasury.

But we need a woman for our money. And, by this standard, we need a woman important to the economy. Alice Rivlin, Janet Yellen, and Christina Romer have all done amazing work. But there’s more for them to do and all have had a less concrete effect.

But back in 1949, Truman was getting pressure to name a woman to an important position. He settled on naming Kansas-based banker Georgia Neese Clark to Treasurer of the United States. The Treasurer is not the same as the Secretary of the Treasury, but the role is within the Department. The Treasurer is also the oldest office of the United States, established even before independence. The office dates to 1775 and is currently charged with overseeing the Mint and Printing and Engraving.

Clark’s term was just under four years, but then something interesting happened. Every Treasurer since then has been a woman. Every single one. For more than 60 years. Clark led an important transformation at low-profile but critical office in the Treasury Department. And because of this, she should be selected as the new face of the $20 bill.

Image from the Library of Congress via Wikipedia.