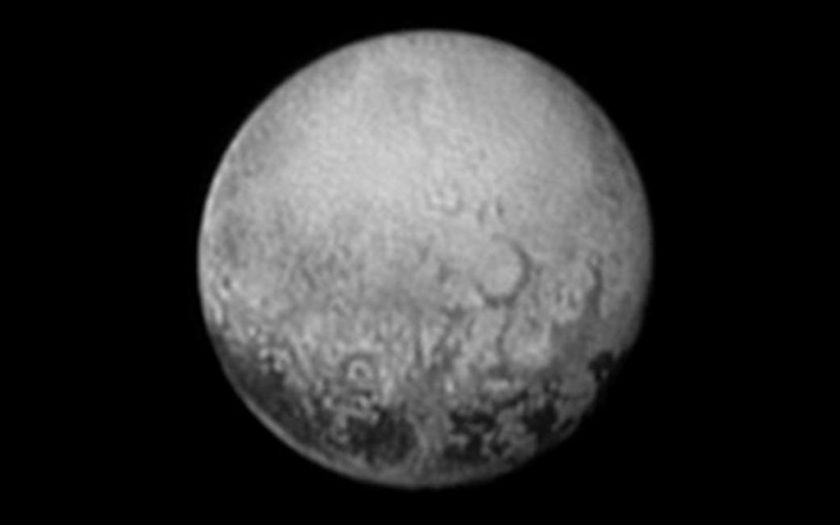 Where is New Horizons Going?

When we saw the picture above, I let Chase know that when I was his age (5), Pluto was still a planet, but it was just a far away and lonely dot. The best we could see what a dim smudge on a photographic plate. Now, it’s like a thing, with features. I am not a planetary scientist, but I can be 5 years old again and this is really cool.

Chase asked how long New Horizons would be at Pluto and I told him it wasn’t stopping and would keep going. Predictably, he asked where it would go next and I didn’t know. I know it’s on a solar escape trajectory, meaning it is leaving the Solar System at some point, but beyond that, Google was my friend. So this is what I learned:

Well, that’s all good, but where is it really going? Where can we find it in 1000 years? Will it bump into V’ger?

This goes back to the steering question. New Horizons does not have a lot of fuel, but it has enough to change its final destination by a lot. So when NASA’s operators figure how where they go after Pluto, then we will know which direction New Horizons is heading. However, we know where four other interstellar probes are going.