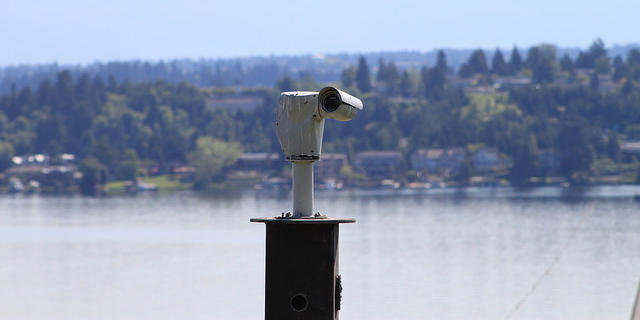 Speed Cameras of the Future

When I was a kid, there was a moderately okay to eventually very bad TV show called seaQuest DSV on some network that I can no longer recall. It’s premise was basically Star Trek in the oceans, and had it stuck to that, it would have been much better. But hey, it had Roy Scheider, who I thought was awesome because of Frank Murphy and Heywood Floyd. But whatever.

On Monday, I watched someone working on a speed camera near home. The speed camera, despite what you may think of it, is a fairly remarkable device. It can, automatically, determine if you’re breaking the law, and is even sometimes correct. More remarkably, the first patent on a speed camera was granted in England in 1905. But I first saw such a device on seaQuest. In this scene, from the second season opener, Scheider’s character is driving a motorcycle and scanned by a laser, which reads a license plate on a barcode. Then, a human contacts him in real time to announce they have already deducted the fine from his account. I am not sure why the notice could not be automated, too, but whatever:

As bad as speed cameras are, and especially as irritating, since they do not improve safety…let’s just hope we don’t get to automatic fine deduction.