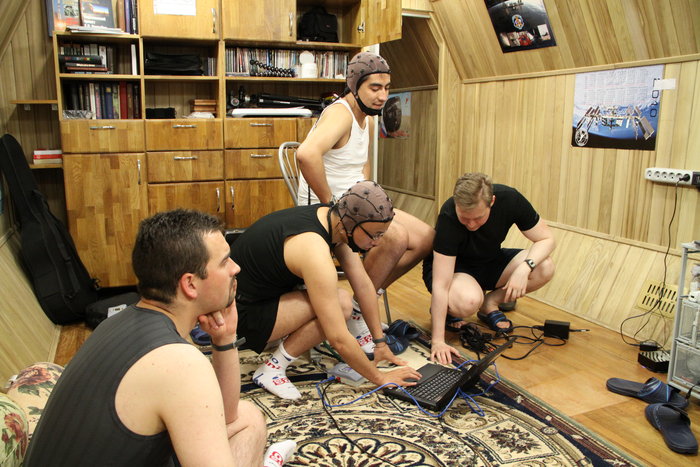 The New Yorker has a story on how the Mars500 crew kept themselves occupied. The Mars500 expedition placed six people in a capsule, here on Earth, for 500 days, to see how they could withstand the isolation. The goal was to simulate a round trip from Earth to Mars and back. Apparently, there was a lot of reading, but

Not everyone turned to literature. While the Russian researcher Alexander Smoleevskiy did bring a copy of “War and Peace,” he said that he failed, yet again, to get into it (instead, Smoleevskiy, a military physician and who says he still sometimes misses his time in the simulator, read a medical textbook cover to cover). The Chinese astronaut trainer Wang Yue (dubbed “Vanya” by his Russian colleagues) practiced calligraphy. Each man tried to learn a colleague’s language, with varying degrees of success; in addition to playing video games, favorite pastimes included describing, in great detail, each country’s most delicious foods.