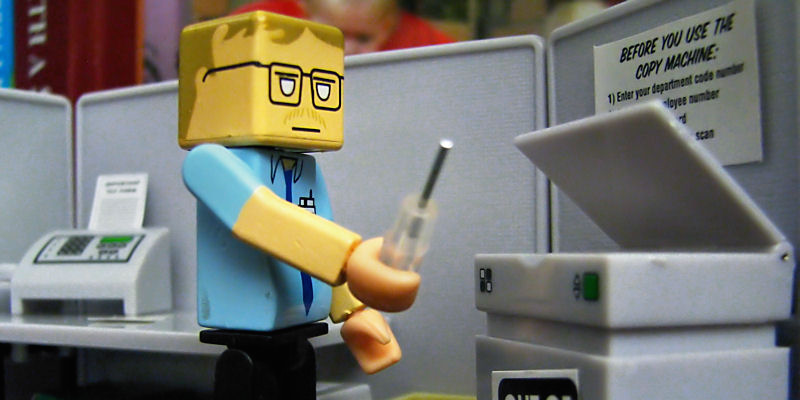 Xerox Printers and the Philosopher's Stone

Xerox has apparently started region-encoding their toner cartridges. These are encoded so that a cartridge will only work in one part of the world. Region-encoding allows Xerox to sell the same printer and toner packs in both the developing and developed world, while charging the developed world a lot more. If the toner sold for less in, say, East Wherever, people would buy them on the cheap and ship them to the United States and Europe to arbitrage the price differences.

Without commenting on this policy, I do want to point out I’ve heard this joke before. In the early 1980s, a young programmer at the famed AI Lab (now MIT CSAIL) wanted to make a small change to a new Xerox printer. But Xerox hadn’t provided the code and there was no way to get it, unlike prior AI Lab printers. Deciding this was unacceptable, Richard Stallman founded the Free Software Foundation and the GNU Project. The goal, for more than 30 years, has been to create a completely free and changeable software ecosystem. While it didn’t turn out the way Stallman expected, things more or less worked out.

I wonder what will come from this move of Xerox.