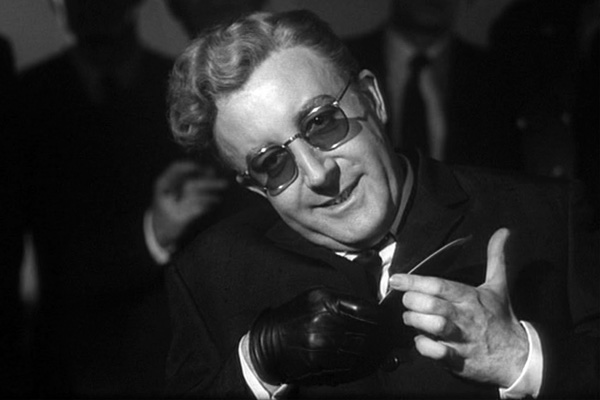 Following last week’s discussion of John Adams and 1776, we made the kids listen to the soundtrack on a car trip over weekend. Also, we used the 1997 revival with Brent Spiner as Adams.

During “The Lees of Old Virginia,” we stopped the recording to talk to Chase about Richard Henry Lee. The musical portrays Lee as a buffoon, but he was really a great colonial leader. We also talked to Chase about how his right hand had been injured, leading him to cover it with a black handkerchief.

I asked Chase if he knew of anyone else who covered an injured hand in black, thinking he’d say Luke Skywalker. Chase is a huge Star Wars fan. He hits me with this:

That guy in the movie with the guy who rode the bomb.

And after a beat, I realized, yes, Dr. Strangelove did do that! I am totally winning at parenting.