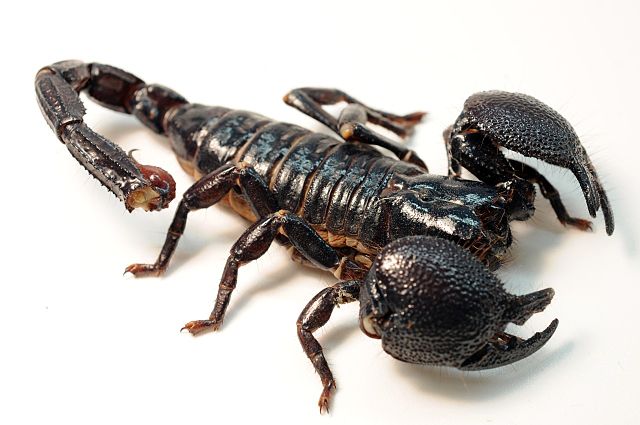 Cracked has a bit listicle on things Hollywood thinks are more dangerous than they are and the list starts with scorpions, which are mostly harmless. It gets into the relative risk, a bit, and notes:

Not to put too fine a point on it, but a scorpion’s natural behavior when confronted with something bigger than itself is to hide and try to escape. So the chances of being attacked by one are laughably small. In fact, the odds of dying from a scorpion sting are one in 300 million. To put this in perspective: Your odds of dying by simply falling over in the shower are one in 65,000. In other words, if you find a scorpion in your shower tomorrow morning, the shower stall itself may still be the greater danger.

Apparently finding a scorpion in the shower is a thing that happens. But this nails the risk. While something joining you in the shower, suddenly, may scare the hell out of you,

You are probably more likely to injure yourself reacting than from the original source of a problem. This sort of risk analysis needs to be conducted more frequently. Risks from cybersecurity, terrorism, and petty crime terrify a great many people. But overall, the relative risk is low and the cost of fighting it excessively high.

[A]s the Mythbusters have demonstrated on numerous occasions, you can do just about anything to a car and it won’t explode.