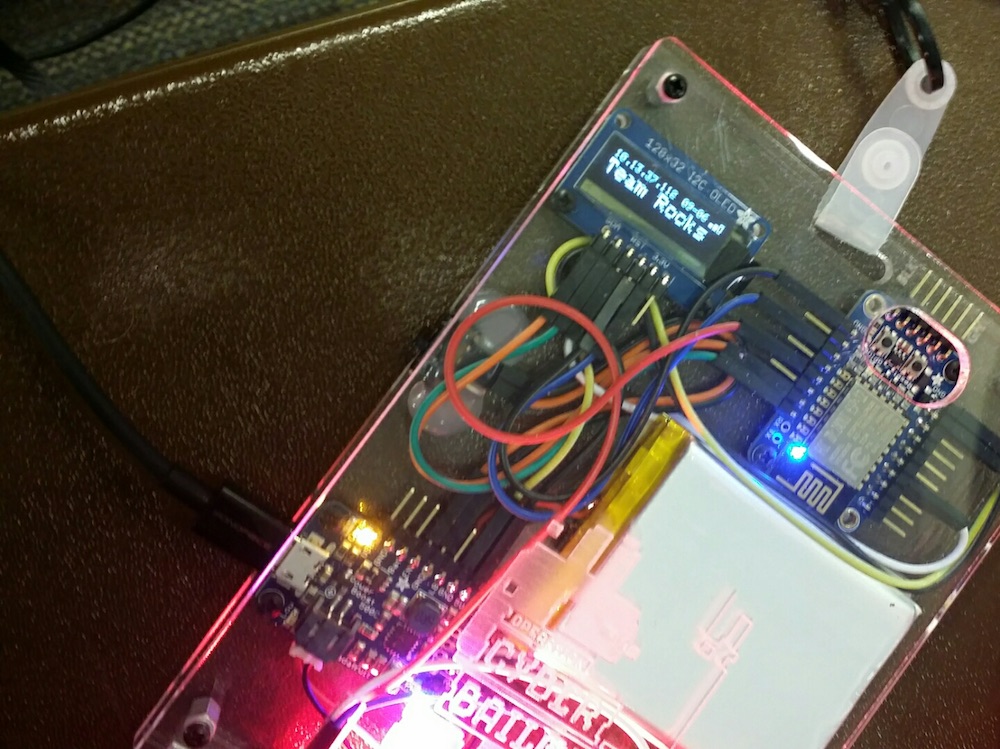 I spent today at the Mid-Atlantic Collegiate Cyber Defense Competition as part of an MDDF mission. The competition pits college teams around the region against each other as they run a model service, perform business transactions, and try to keep hackers out. The winner goes on to national.

On the MDDF, we were White Team, providing support and enforcing the rules. The competition teams are Blue Teams. The hackers were the Red Team. Points are awarded to Blue Teams for completing tasks, answering phone calls for technical support, and for identifying cyberattacks. But it’s complicated, because only certain devices are in play and of those in play, only some were evaluated for points. And not everyone knows what’s what.

We were occasionally given business tasks and told to drop them on our teams at a specific time. Here’s a picture of a White Team meeting.

We’d drop these on the teams and they’d have a fixed amount of time to complete the task, show the nearest White Team member. After verification, the judges would score.

The real highlights of the day was when the Red Team hacked the competition badges. In the morning, they set them to flash red and display “Red Team Rocks” on the LCD display. That’s the cover photo above. In the afternoon, they started flashing red, white, and blue, with the message, “Make ‘merica Great Again!”

You can find more information about the competition here: