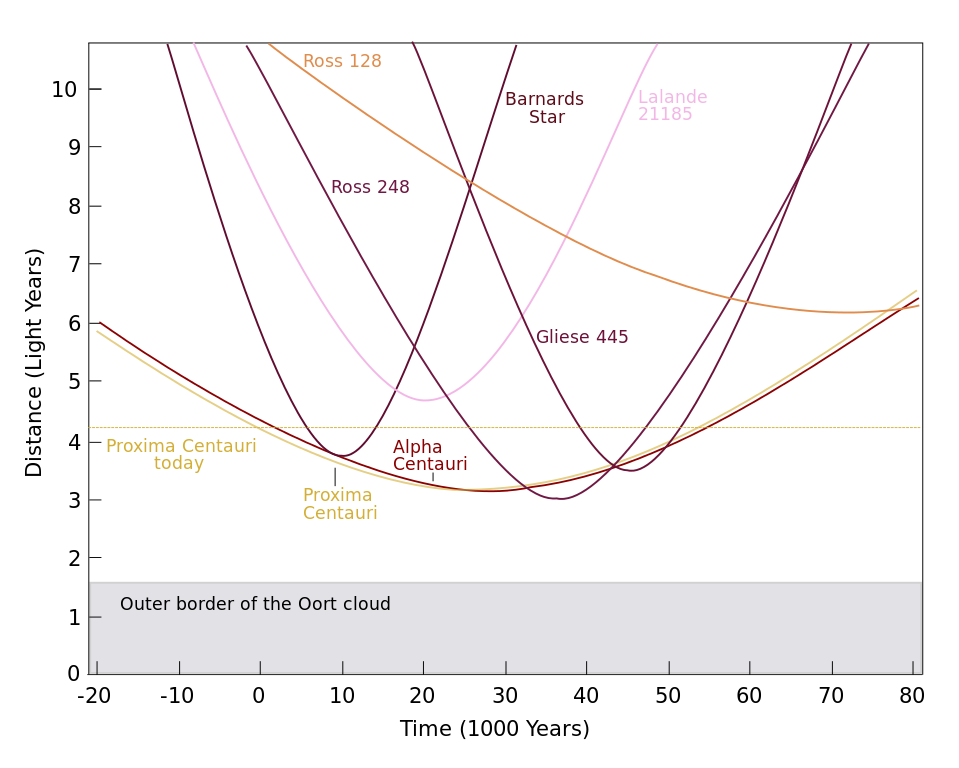 And We All Shine On

We like to think of the stars as these static things in the sky. The planets, even got their name from the fact they were not static. The word “planet” is from the ancient Greek, πλανῆται, meaning wanderer. But the stars move. Occasionally, we hear that Polaris won’t be the North Star after some thousands of years. This morning, I saw this chart on Wikipedia, though, which shows how some stars are getting closer to Earth.

Each of these are already close, relatively speaking. Alpha Centauri, in particular, is so close, there is now a serious plan to send a probe there. That’s amazing, and I hope it works. But Alpha Centauri is still about four and a half lightyears away. Proxima Centauri is actually slightly closer, at four and a quarter lightyears, or so.

As the chart shows, they are getting closer, relatively rapidly. Both Alpha Centauri and Proxima Centauri will be around three lightyears away about 25,000 years from now and Ross 248 will get slightly closer around 35,000 years from now. Cutting the distance to the nearest star by 30 percent is a big deal, and it’s sad we won’t get to see it. But it’s kind of neat to think how active the static sky is.