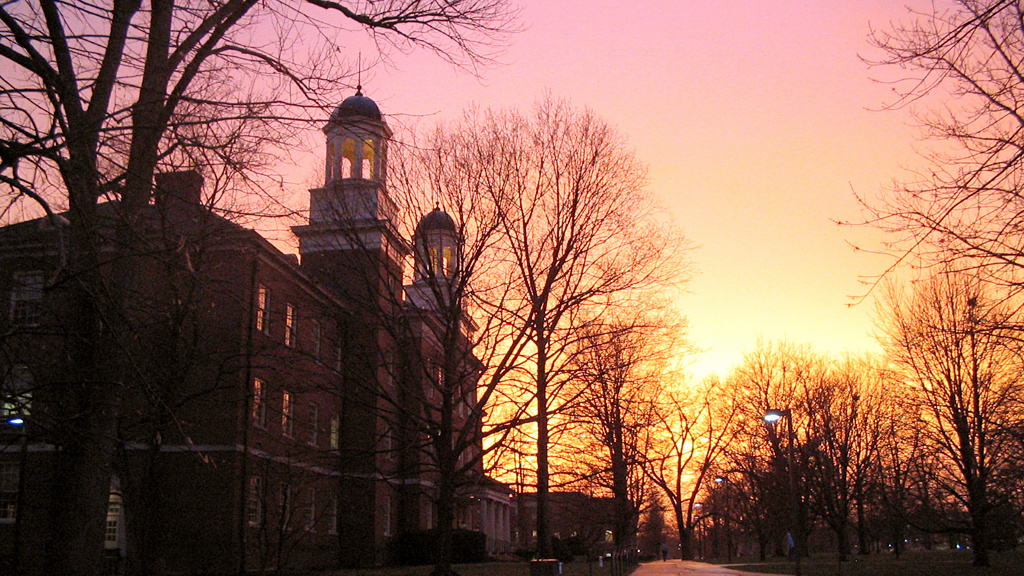 Being a High-School Dropout, or How I Stopped Worrying and Went to College

Everyone has been posting their first day of school pictures this week and I am reminded of a different first day of school. Twenty years ago, I took a dive into the deep end. It was August 27th, 1996. And it was the day I dropped out of high school.

In May of 1996, I had completed the tenth grade. Like all normal and well-adjusted people, high school was an unnecessarily traumatic experience. And I’d had enough. So I quit. In August, I started attending Miami University. In Ohio, there was a program called “Post-Secondary Educational Option,” now called College Credit Plus. The program is a dual-enrollment program, allowing students to enroll at a college or university, for dual credit at both the university and high school. Typically, a student takes a higher math or English class, possibly in the evening, along with at mostly usual high school schedule.

But I didn’t roll that way. I took all of my courses at Miami. Math, English, computer science, physics, history, and so forth. I had to make sure the courses met the high school’s requirements for graduation, but courses generally transferred over on a 1-to-1 basis. Of course, being on Miami’s campus full time was a great experience. And I was, except for being 16, a regular student. I had an on-campus job in the computer labs and was later elected president of the CompuClub, which is a whole other story. I was there for two years, and took all of my courses over the 1996-97 and 1997-98 academic years at Miami’s Hamilton campus, except for one at the Middletown campus. I never took another class at the high school again, and only rarely even visited.

Technically, I didn’t really drop out, I suppose. But, indeed, I think I did. In June of 1998, I graduated from high school, despite dropping out, and the following fall I started at the University of Maryland, College Park, with 57 semester hours complete. Not bad for a freshman.

Dual enrollment programs cause a fair bit of concern for college administrators. Matt Reed, vice president for for learning Brookdale Community College has written on this topic many times. Having non-adult students on campus can cause some headaches, and managing transfers back to the high school is also a problem. But this program in Ohio gave my higher education an excellent start. I don’t think I’ve ever had a dual-enrollment student in one of my classes. But if I do, I would wish them well. It’s a challenge and one worth undertaking.