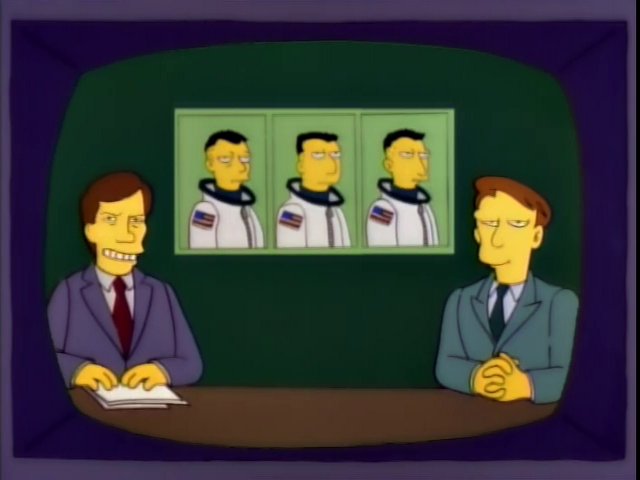 It’s not all that clever. I stole it from an episode of The Simpsons.1 In season 5, in 1994, they aired “Deep Space Homer.” This is, possibly, the most quoted episode of the series. It’s the origin of the famous “I, for one, welcome our new insect overlords” quote, which has since snowcloned into an avalanche. You can see that clip here:

But at the start of the episode, Homer and Bart are nearly forced to watch “another boring space launch” when the batteries fall out of the remote control. In the lead up, this exchange happens, from the broadcast:

Announcer 1: Now let’s look at the crew a little.

Announcer 1: And we laugh legitimately. There’s a mathematician, a different kind of mathematician and a statistician.

You can see the clip here.

listed on my LinkedIn profile.