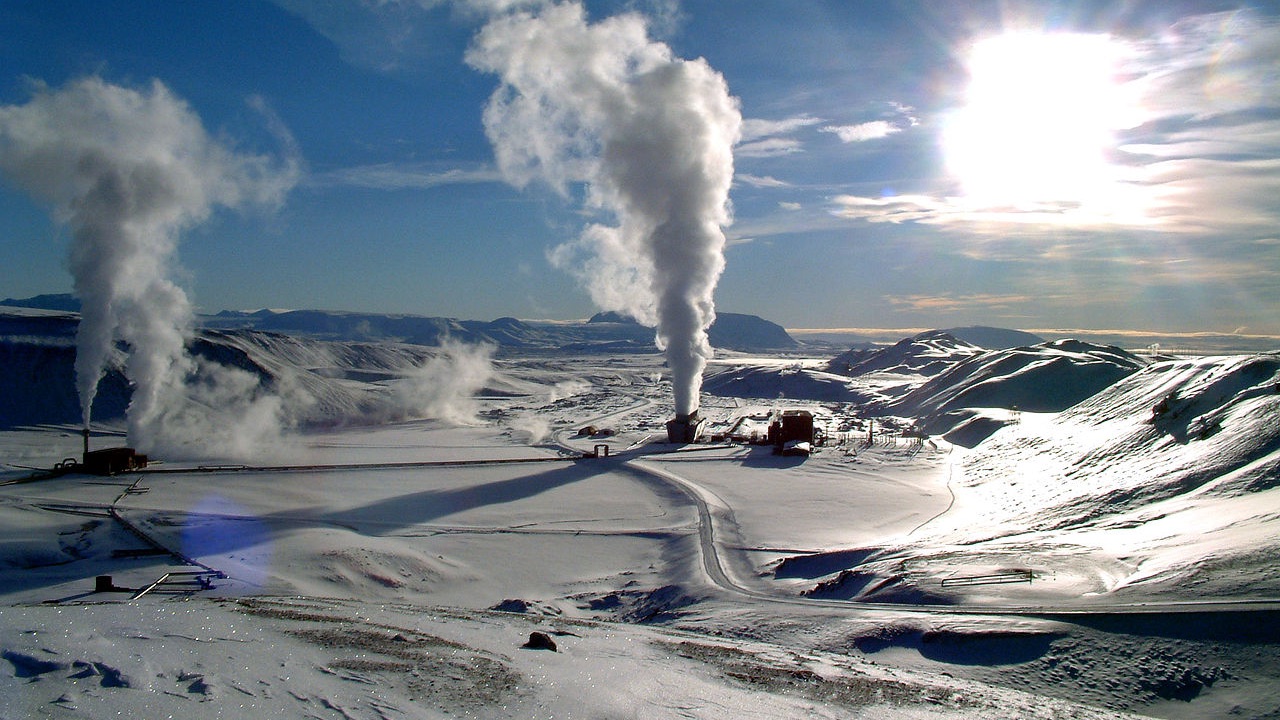 Geothermal Power in the United States

Iceland is a really cool place that uses a lot of geothermal power. Geothermal power makes up more than a quarter of electric power in Iceland and the balance comes from hydropower. I especially love the fact the runoff from one of those geothermal plants is used as a spa. But geothermal works in Iceland because the entire thing is a volcanic wasteland about to blow. The United States is not so fortunate.

Remembering that Iceland is a volcanic wasteland, according to the Energy Information Administration, the western U.S. is ripe with potential geothermal locations. This makes sense. There’s a lot of volcanos and volcanos are indicative of underground heat. On the other hand, I live along that border between yellow and green in Maryland which means, “no chance” and “we didn’t even bother trying.” Geothermal power is a nonstarter in most of the eastern United States because the ground just is not warm enough. That said, I know a few people with smaller home-based systems in West Virginia, where it may be more practical.

Power can be transmitted over some distance, but there are substantial losses as distance increases. So having local power sources can reduce the energy lost. Transmitting power from the western United States, where geothermal power is practical, to the rest of the country is probably not possible at scale. That’s why we are better off with blended energy resources. We should use noncarbon solutions for power generation at locations where each is practical, whether it be solar, wind, geothermal, or nuclear.