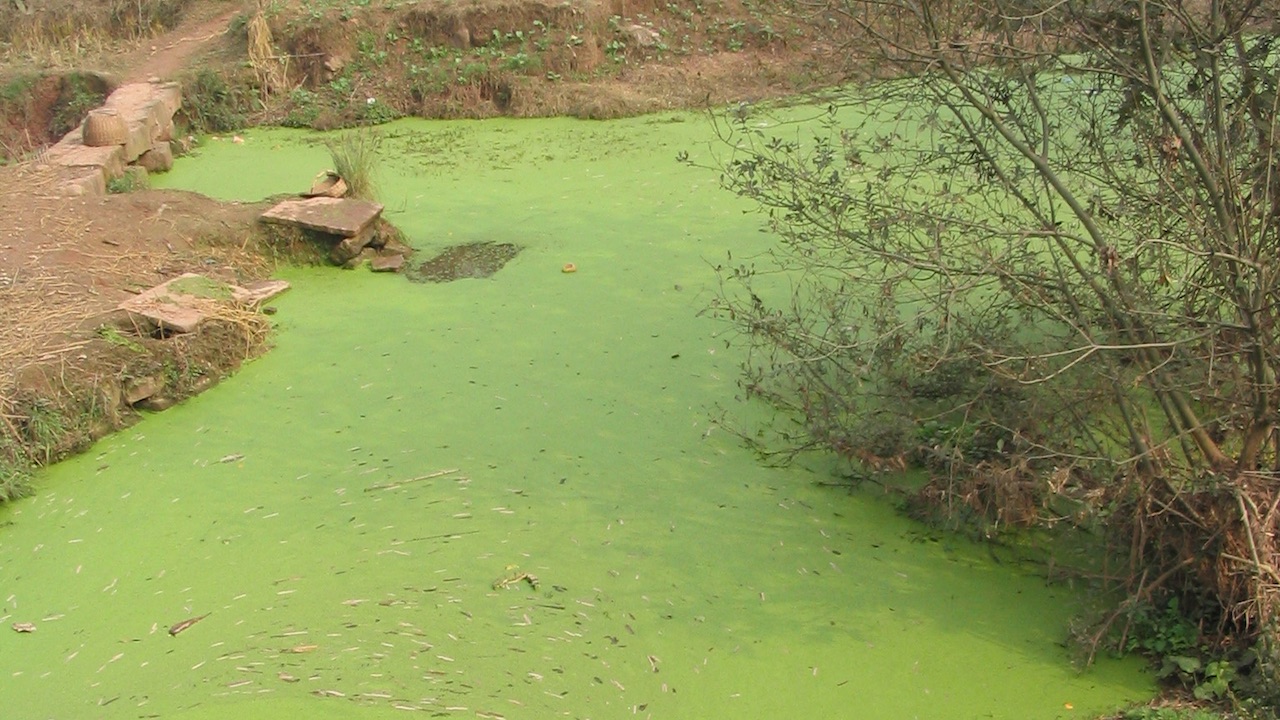 Both the Baltic Sea and the Chesapeake Bay are afflicted by eutrophication, a strange kind of dead zone in the water. Eutrophication is caused by an overabundance of phosphates and nitrogen in the water. Small amounts are healthy in the water, allowing plants and algae to grow steadily. However, runoff from farmland, usually rich in fertilizer, drastically increases the phosphate and nitrogen downstream.

Basically fertilizing the water, algae grows unchecked killing almost everything else. We call these algae blooms, like the one seen in the picture above. In addition to creating dead zones in the water, eutrophic waters can harm people. They may be unsafe for swimming or other recreation and might harm sources of potable water. We saw this with Toledo and a red algae bloom in Lake Erie in 2005. So limiting eutrophy in major bodies of water is critical for safety.

Under current conditions, the nutrients build up all along the watershed until they dump into the central body of water. There, they peak and have the worst effects. Tributary-based total maximum daily load (TMDL) limits can be a balanced solution to the problem. Using such a TMDL limit, business and agriculture all along the watershed path would be able to use nutrient-generating fertilizers. However, there would be limits all along the path.

The TMDL recognizes that each of these chemicals will eventually fall out of the water supply. Some mix with other chemicals and become inert. Some are consumed along the way. With this in mind, there’s a sort of “half-life” that allows us to predict how much of a chemical will remain after certain periods. If the TMDL limits are properly structured around the half-lives, as each tributary flows into the next body of water, the impact at the headwater is minimized.

The downside to such an approach is that it requires substantial cooperation among different parties across the watershed. With a single unified government, such as the EPA, this is feasible in the United States. However, the watershed supporting the Baltic Sea is not governed, at any level, by a single body. The European Union covers much of the watershed, but Russia and Belarus are not subject to EU regulation. With this in mind, separate agreements need to be negotiated. While possible, it does increase the complexity of a TMDL-based solution to Baltic Sea management.