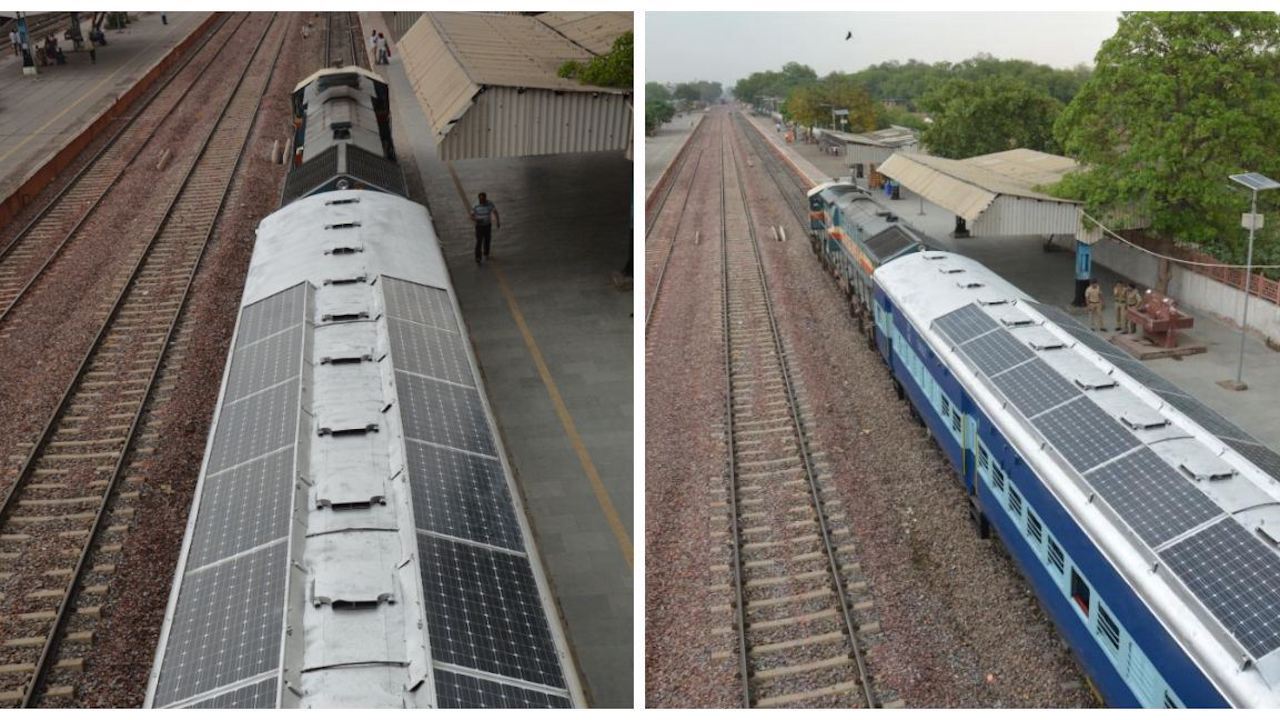 India Adds Solar to its Trains

Last year, Chase asked me about solar-powered trains, and we did the analysis. Like a good little nerd, I posted the analysis here:

It doesn’t solve the problem of burning fuel as diesel is still used to move the train, but diesel will no longer be necessary to generate power for the amenities. Indian Railways estimates this will save 21,000 L of diesel per year. In addition, Indian Railways is adding solar panels to its stations that can generate 1 GW of power over the next five years.

As rail and telecommunications companies own or control a massive amount of land in the United States, through rights-of-way, there’s an opportunity here to use that land for power generation, either for hyper-local use (powering a sign, often seen on highways), or additional revenue generation.

I am completely unable to get a source for this image, but it is on many different stories about this innovation.