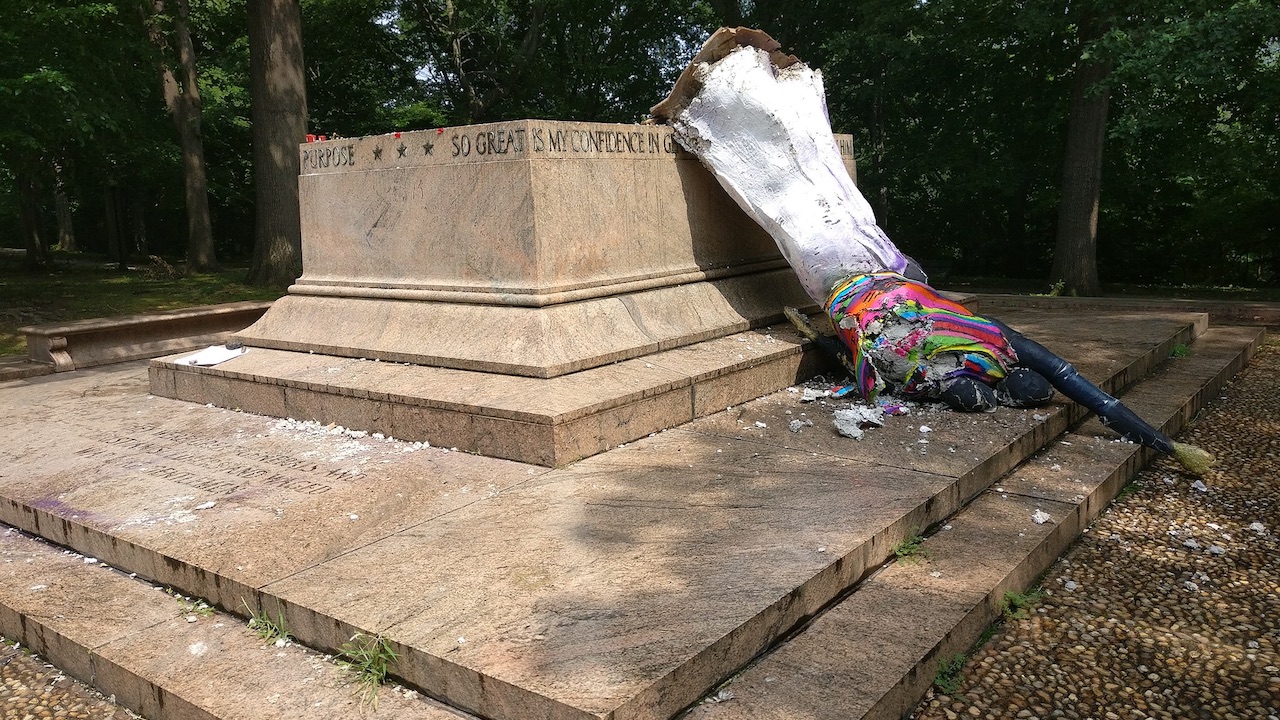 Hi, you’re at this page because you said that Confederate veterans are United States veterans. You might even had suggested they were pardoned by Congress. This would probably be in response to something about the current discussion in the United States regarding statues of Confederate leaders.

Let’s start off by saying, nope, didn’t happen, not even close.

Now, I know what you’re thinking. You’re going to say, sorry, but Congress said so in Public Law 810 and that I should probably look it up myself.

Then I am going to say, no, Public Law 810 does not exist. Public Laws are identified by the number of the Congress that passed it and the order it was passed for that Congress. So, no, didn’t happen.

Then you’re going get angry at me for being a pedantic and figure out you meant to say Public Law 85-810, passed by Congress in 1958, and possibly mention again that I should get educated.

So I will be all like, PL 85-810? Yeah, doesn’t that amend the Intercoastal Shipping Act to authorize incorporation of contract terms by reference in short-form documents? I am not sure how this is even relevant.

Then, again, you’re going to say something like scroll down.

Oh, you mean PL 85-811? Well, it’s not my fault you are cutting and pasting someone else’s stupid at me. Try thinking for yourself. Anyway, yes, this directs the Secretary of the Army to provide headstones for Confederate veterans. Not sure why you think this makes them U.S. veterans. But whatever.

(a) The Secretary shall furnish, when requested, appropriate Government headstones or markers at the expense of the United States for the unmarked graves of the following:

(1) Any individual buried in a national cemetery or in a post cemetery.

(2) Any individual eligible for burial in a national cemetery (but not buried there), except for those persons or classes of persons enumerated in section 2402(a)(4), (5), and (6) of this title.

(3) Soldiers of the Union and Confederate Armies of the Civil War.

(4) Any individual described in section 2402(a)(5) of this title who is buried in a veterans’ cemetery owned by a State.

So, yes, headstones. But why are soldiers of the Confederate Army listed here? Let’s take a look at 38 U.S. Code § 2402. It specifies who is eligible to be buried in national cemeteries:

(a) Under such regulations as the Secretary may prescribe and subject to the provisions of section 6105 of this title, the remains of the following persons may be buried in any open national cemetery under the control of the National Cemetery Administration:

(1) Any veteran (which for the purposes of this chapter includes a person who died in the active military, naval, or air service).

Okay, looking at sections 2402 and 2306 together, “any veteran” is eligible for burial in a national cemetery, so we should not need to call out Confederate Army members as eligible for a headstone unless Confederate Army members are not considered veterans. But wait, you say, it also calls out Union members and they were veterans! Well, not all of them. If you will recall your history, you may remember much of the fighting was conducted by state militias. They would not be United States veterans, even if they were on the side of goodness and light. So that pulls them in.

Then, and you probably already mentioned it, but if not, you’ll bring up 85-425, says that Confederate veterans are U.S. veterans. Let’s take a look at the relevant piece of 85-425:

Now, the problem here is “for the purposes of this section.” This has been modified over the years, but this section of law is now codified at 38 U.S. Code § 1501 with this very similar language:

For the purposes of this chapter—

I have cut subsections (1) and (2), which describe veterans of the Indian Wars and World War I. You can read it all at the last link. But this is the most telling part. Public Law 85-425 was also adopted in 1958, and it is really important to understand the context. The last CSA veteran, a man named Pleasant Crump, died in 1951, seven years before PL 85-425. This section only enables pensions and even then, not a single CSA soldier ever received a pension from the United States government. So why do it?

At the time, there were about 1000 widows of CSA soldiers, and the language enabled them to collect the pensions. Congress is really good at giving older people money, and that’s exactly what this was for a small group. It was a welfare check and nothing more.

The code should be cleaned up and this removed…but that wouldn’t work. See, there is one single Civil War pension still being paid. Irene Triplett gets $73.13 a month due to her father’s service. She is 86 and as of three months ago, was still alive and kicking! Her father, Moses Triplett, was a member of the Confederate Army, deserted, then joined the Union Army!

Now, having dispensed with the idea that Congress ever recognized Confederate veterans as United States veterans, let’s deal with one last point. It is often claimed Congress pardoned Confederate soldiers. It’s a lot more complicated than that, starting with the fact Congress has no power to grant pardons. Most soldiers were granted amnesty provided they caused no more trouble. The leaders, however, were not granted amnesty. Some were later pardoned by President Andrew Johnson. All were pardoned before Johnson’s term was over.

Now that I’ve gone ahead and had both sides of the argument for us, I hope you’ve learned something today and will not be so gullible in the future as to just blindly repost something you saw online. If you would stop saying silly things, I could get back to writing about fun stuff, like robots and space.