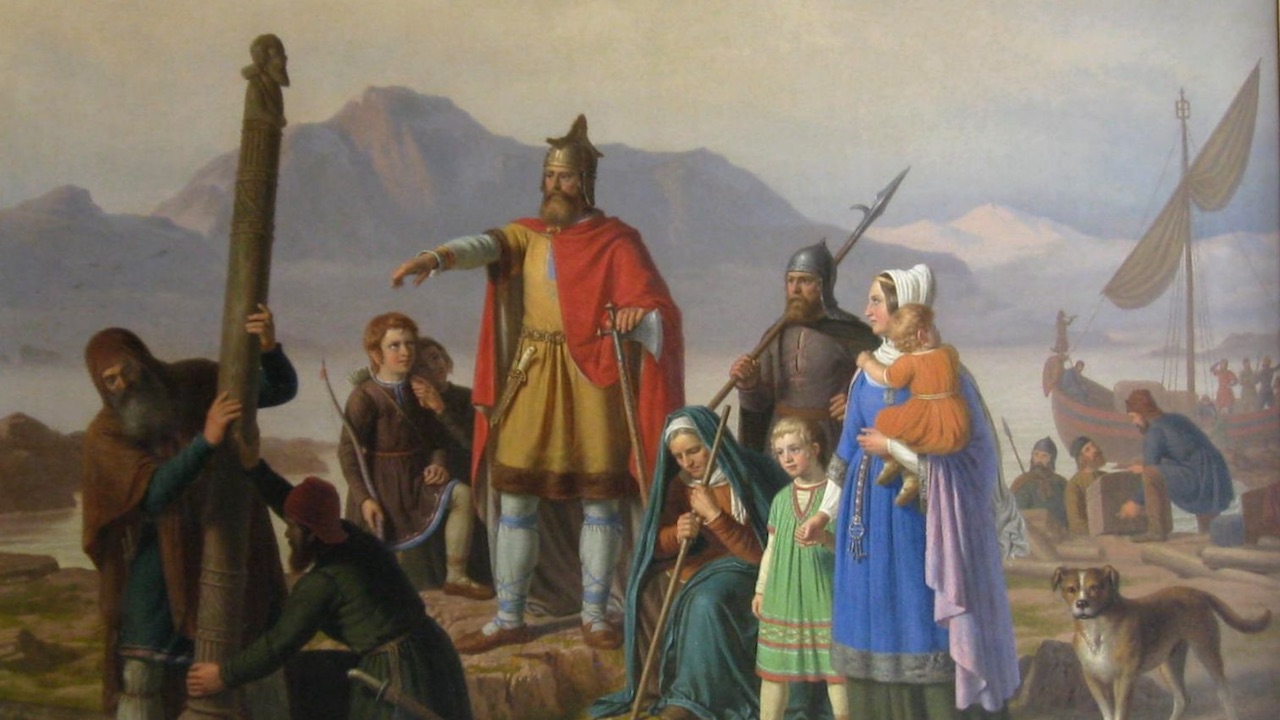 Democratic Norms and the Settlement of Iceland

Iceland today is a small island of roughly 300,000 people in the North Atlantic, often credited as the oldest functioning democracy. Iceland was originally colonized by Norse migrants leaving Scandinavia in search of land in the Ninth Century. Except for a few monks, the Norse settlers found an uninhabited island and began claiming tracks of land. Due to a remarkably high degree of literacy among the earliest Iceland Settlers, substantial and detailed records exist of this of this settlement period. We can use these settlement records to understand how the people of Iceland interacted with each other, developing elementary government.

Starting in 874, Iceland was rapidly colonized by northern European settlers. The period of colonization, known as the Age of Settlement, lasted for about fifty-five years and ended when unclaimed land was no longer available. The documentation of the time, the Sagas, described an agrarian people and recorded a settlement period of family farms, not major cities. The population in A.D. 930, the traditional end date of the Age of Settlement, was estimated at 30,000 over about 1400 individual settlements, many of these people having been born on the island and knowing no other land. As the population grew, a denser population drove more interactions between individuals and necessitated the development of laws to govern those interactions.

The year A.D. 930 was also the year the Althingi was established. Bringing with them traditional Norse values and social constructions, the early Icelandic settlers built community governance structures modeled on those traditional governance forms, a town meeting called the thing, consisting of all free men in the village. Eventually, larger scale governance was required and the Althingi brought together chieftains from around Iceland every summer. The Althingi had both judicial and legislative powers. While the “Law Speaker” filled a role as parliamentarian and historian of the body, there was no island-wide executive function.

The structure and timing of settlement had distinctive implications for establishing governance structures in Iceland. In Viking Age Iceland, Byock notes that because early Icelandic governance was not based on historical tribal allegiances, “the cultural focus was the law.” In addition, the settlement encouraged a strong sense of private property and ownership that was widely respected, even without the traditional enforcement mechanisms of state, such as a central police force. Further, military forces were not required to maintain control over Iceland. Nevertheless, while superficially resembling a democratic republic, early Iceland’s governance was only for a single upper class. By the Thirteenth Century, class division had weakened the democratic institutions and King Hakon of Norway was declared King of Iceland.

Despite its eventual dissolution and weak democratic structure, early Iceland provides a guide for how societies can self-organize, especially when the entire social structure is, itself, new. Without an existing population, the settlers were able to build social structures that were responsive to their own needs, and not worrying about outside influence or risk. At the same time, the social structure was not perfect. Like many agrarian societies, the social structure was highly patriarchal, with primary political power vested in the male heads of families. We can also see how Icelandic settlers adopted their historical cultural institutions to meet their new needs. When creating a national assembly, the structure and even name came from the old Norse town assembles. Together, we can see a desire for self-rule is important to colonial independence.