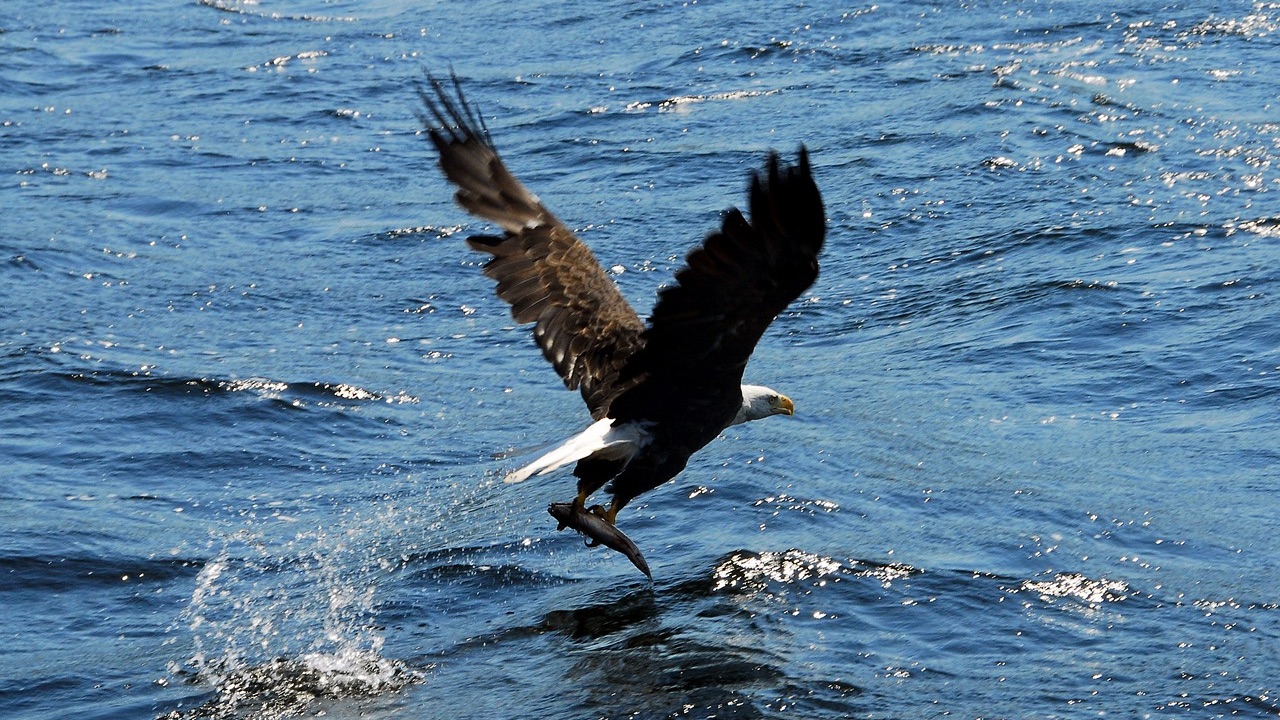 America’s favorite symbol is the glorious bald eagle. The bald eagle lives across the country and is endangered. This story goes back to 1962 and the publication of Rachel Carson’s Silent Spring, which detailed the effects of pesticides. In particular, Carson focused on DDT, widely used to combat disease-carrying insects. And despite low background levels of DDT in the environment, high concentrations were found in dead eagles and it was thinning their eggshells, too. These thin eggshells often broke during incubation, killing the eaglet and drastically cutting the population.

But it’s a food chain. The larger fish eat the smaller ones. The larger ones end up not just the with the DDT they bioaccumulated, but also whatever the smaller fish had since it ate that fish. The fish at the top of the food chain are the biggest and build up the most DDT or another toxin. It’s like a reverse pyramid scheme and it is called biomagnification. Those fish at the top of the water-based chain, like salmon, happen to be the favorite fish of the eagles.

So by the time the eagle gets around to dinner, its food is highly contaminated and it absorbs a much higher amount of DDT than it would get from the environment alone. Because of this, the eagles’ contamination was much higher than expected and it led to severe effects for the eagles including a drastic reduction in population.

Like many of these stories, there is some good news. The bald eagle is a charismatic creature and our national symbol and the government moved quickly to prevent DDT use. Due to these actions, and many others by the Environmental Protection Agency and states, the bald eagle population has substantially recovered.