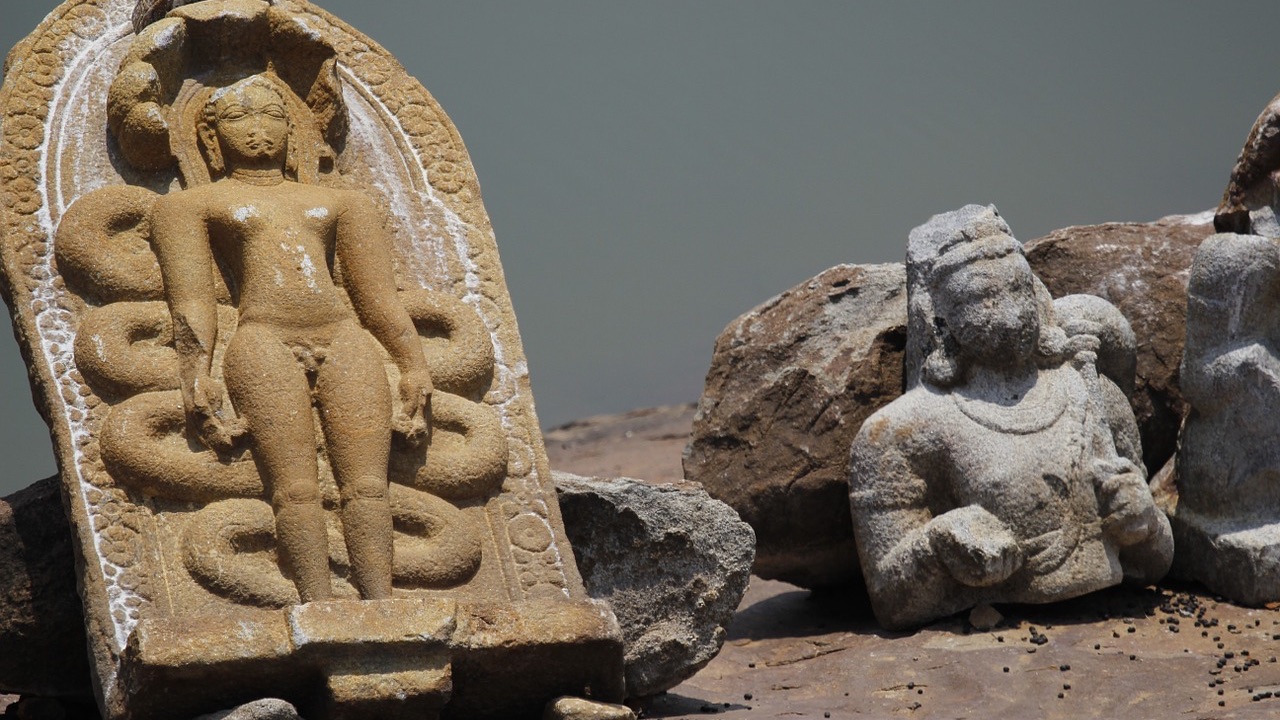 Like Buddhism, Jainism sprang from the fount of dharmic religions in India, more than two thousand years ago. Each stands apart from traditional Hinduism in that they reject the Vedas as written and find authoritative teachings in new writings and philosophies. Distinct from each other, the two philosophies developed rigorous moral codes to define the conduct of adherents, each designed to create an ethical path for followers to take.

In the Jain tradition, moral foundations sprang from the Three Jewels (which are not the same as Buddhism’s Three Jewels). The Three Jewels provided in Jainism lead to liberation and are defined as:

These are relatively self-explanatory in meaning. Right Conduct is to do the right thing. Right knowledge focuses on training the mind. Finally, Right Faith expresses the idea that we should know the truth of our existence.

The most remarkable aspect of these two moral codes is not their existence, but rather that the Jain Three Jewels remarkably align with the three categories of Buddhist morals Harvey outlined. In one sense, it should not be surprising. Both philosophies grew out of the core ancient Vedic religion and would have drawn on the same historical basis. In another, the ideas of right conduct are universal in religions, as are personal preparation and the understanding of the faith’s teachings.

In another sense, it is telling that both Jainism and Buddhism grew from the same core and created very similar faiths. Superficially, they are quite different. For instance, Jainism mandates vegetarianism, which is not universally mandated among Buddhists. Nevertheless, there is a compatibility between the two that can allow them to coexist, even in the same person, as the two philosophies do not sit in conflict with each other.