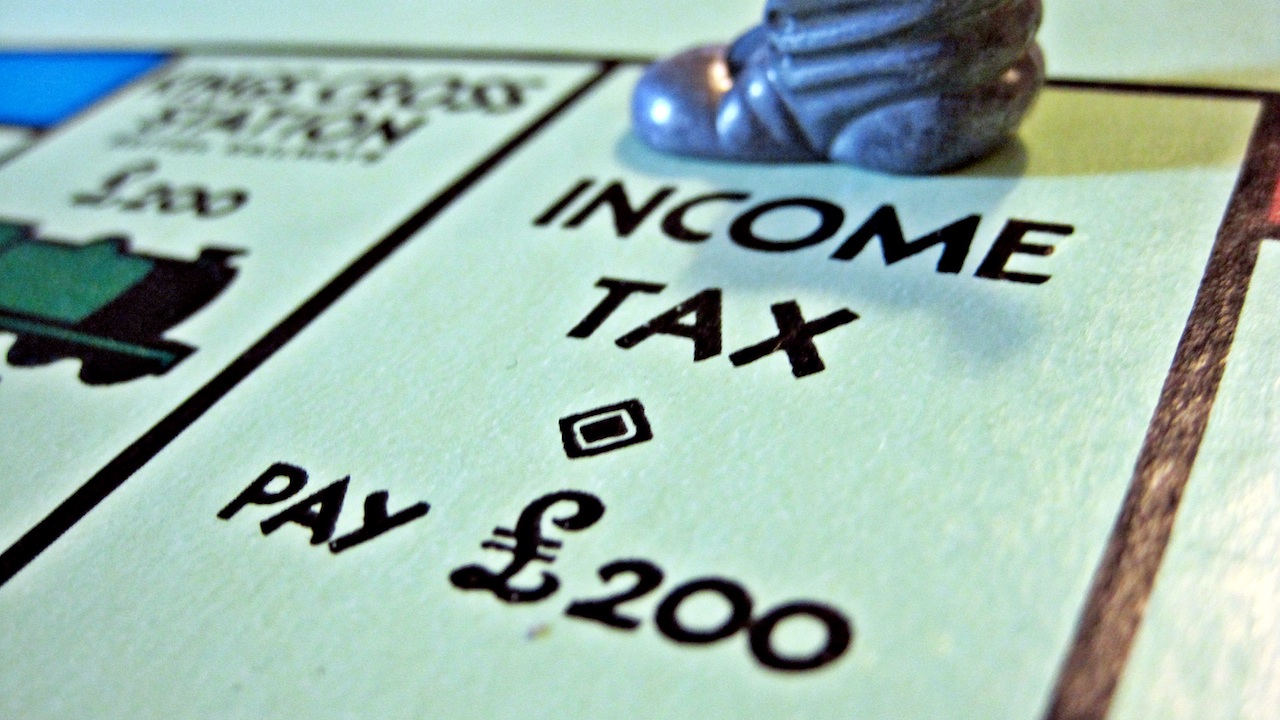 I pointed out on Facebook that the new tax bill will wreck the economy. Someone challenged me to demonstrate why. Well, that’s fair. Let’s take a look, specifically, at the job-creating aspects. The general argument is that when businesses are paying less in taxes, they will put that money toward creating new jobs. The idea is given here by a few different people and organizations:

Let’s be fair, and assume these guys just haven’t done the analysis and are not actually trying to wreck the economy. The problem is, the tax bill comes after the job creation decision. We first must accept that the labor market is driven by basic supply and demand. There’s some complication here, mostly due to underskilled workers, but we can ignore them. In a basic supply and demand situation, employers will “buy” labor (create jobs) until the demand curve and the supply curves meet, just like any other good or service. We call this equilibrium and looks like this rather vanilla supple and demand chart:

The idea the tax-cutters support is that if there’s more money in the pockets of business, they will buy more labor. But, in order to buy labor, that labor must be productive. One of the key ideas of classical economics is that in a market, a supplier will supply the market $latex Q$ units at $latex P$, the equilibrium quantity and price. But the price is set by the market. If our business provides more than $latex Q$ units, they will have to provide it at a price lower than $latex P$ in order to sell it all. If $latex P$ is more than the cost of production, well, we make a nice profit. Money is good. If $latex P$ is less than the cost of production, well, we are losing money and we are not going to stay in business very long.

So how do we know when to stop? It turns out we stop when the price $latex P$ and the marginal cost of the next unit are the same. That is, we keep selling right up until we start losing money! We might not make a lot of money on that last unit, but we are making money. Also, money is good, so we want as much of that as we can get. Here’s a chart showing the relationship between marginal cost, price, and revenue, which we typically call the “cost curve”:

So, what does this have to do with the tax bill? Well, a business has already “bought” all the labor it needs to keep producing. Any more labor would drive down up the marginal cost and drive down the quantity sold, keeping us from making as much money. Money, of course, is good. But after the tax bill, nothing in the cost curve has changed. My cost of production is the same. The demand is the same. The price stays the same, why should I hire anyone?

It’s only after this decision is made, and I am looking at my profit, do I get to look at the tax question. Corporate income tax can be zero and nothing changes. Now, if the payroll tax were cut, that would change the shape of the cost curve, increasing employment. But that’s not what we are talking about here. Note, during the 2008 recession, when The Grown-Ups™ were in charge, the American Recovery and Reinvestment Act included a temporary payroll tax reduction as part of the stimulus package. I would have given it to employers rather than workers, which would have had an effect much sooner, but hey, it still works.

It’s so obvious, one might suggest those advocating this bill do not understand that a corporate income tax is on net income, not gross revenue.

Now, the stated reason for this tax change is to increase jobs. And that just won’t happen. So what will? Well, most businesses will return the money to owners, through dividends or share buybacks. We’ve already seen a few announcements of this from major businesses. Home Depot, Oracle, Honeywell, Bank of America, Anthem, Boeing, MasterCard, and United Airlines have all announced buybacks in the last few weeks.

This money will end up in hands of the capital owners, mostly one-percenters and a handful of the rest of you.

Now, to get to the specific damage the bill will cause, here we go. First, we can talk about cutting write-offs for state and local taxes paid. Historically, the government has offered a deduction for state and local taxes paid, and this has allowed state and local governments some latitude in managing their own finances. Under the new tax regime, state and local governments will be under greater pressure to raise revenue for basic services like education, roads, and police, because residents will get hit with the tax twice. It will also drive down the market for new housing construction since some of the tax incentives for purchasing a home just evaporated. You can say all day long that small business is the backbone of the American economy, but it is really new constructions. That’s why new housing starts is a critically looked at metric in the economy and a leading indicator of trouble. This will also have the net effect of also pushing down the value of existing housing stock. If you think of your house as an investment, well, you lost.

And just in case we were worried that new housing was still going to look too good, we are also capping the mortgage interest deduction on new debt acquired after December 31st. Basically, if you make money in residential real estate, you’re hosed.

The other massive concern I have is the way medical expenses get deducted. Medical expenses have been deductible to some extent forever. The United States has an incredibly high personal bankruptcy rate and that is overwhelmingly due to medical expenses. The Patient Protection and Affordable Care Act has relieved some of that, but not a lot. Losing the ability to write down medical expenses will drive more to bankruptcy, as they just don’t have enough to pay and then get hit with more taxes on top of it. Oh, and speaking of the Patient Protection and Affordable Care Act, it is gutted in the tax bill, so that will cause nothing short of havoc in the medical industry starting in 2019.

Ultimately, the greater concern I have about this bill is that will drive up borrowing. Certain elements of society have argued that the Federal government has too much debt. Yes, well, maybe. It’s really not clear what too much is. This will drive up borrowing and that is being pushed by those same elements, however. Unfortunately, we have a needlessly complex system that makes the provision of services, financing, and borrowing, separate decisions, and that benefits nobody but the printers and ink makers. As a society, we should decide what services the government should be providing, then decide on tax and borrowing policy in a sensible to respond to that service provision.

But that would require someone stopping and thinking it through.