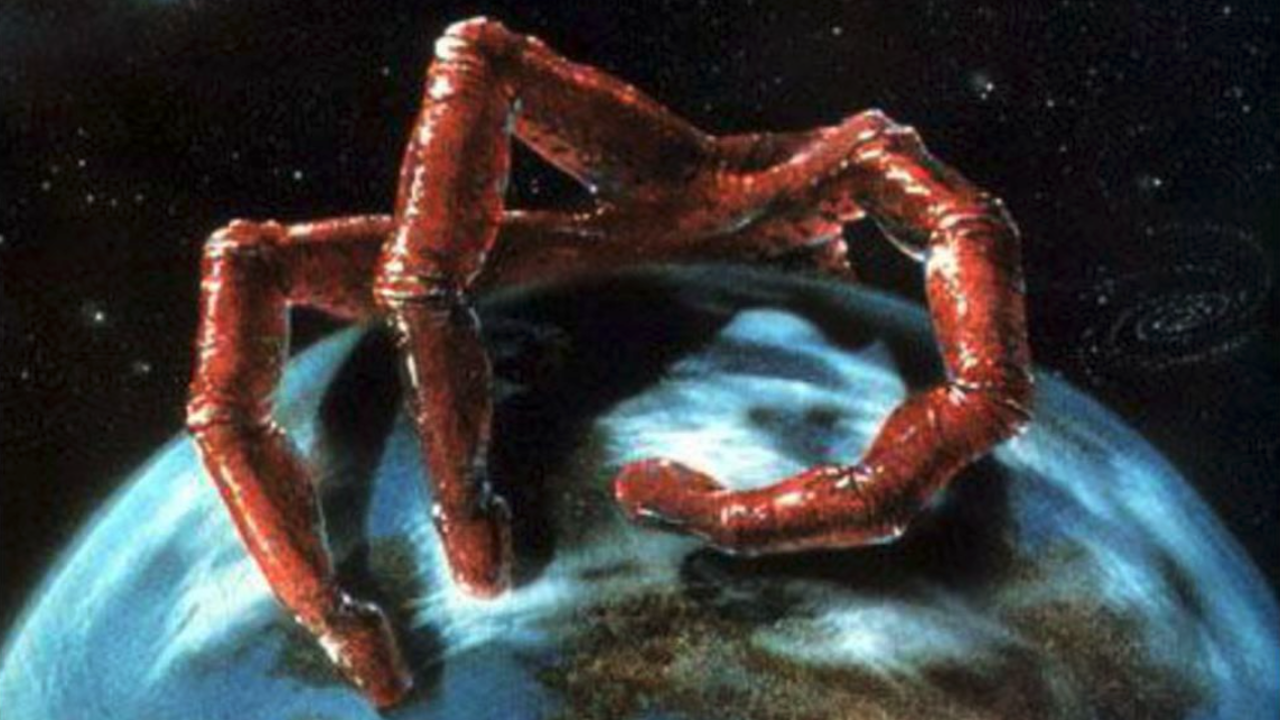 The Teletype Sound Effect in the Movies

I’ve been a little busy lately. I’ve been a touch occupied, as you can imagine. Not a lot of time for writing here. But I had to make some time for this. Way back in 2015, which doesn’t seem so long ago, I was driving home from the train station and as usual, I was listening to NPR.

A question came up about a sound effect we are all familiar with. It is the characteristic typing sound on television and movies that accompanies a display of text. They were trying to find an origin for this sound, which is distinctively the sound of a teletype:

AUDIE CORNISH, HOST: So we mentioned a couple films there, going back. When did you first notice the sound, and why did you feel compelled to follow it to the source?

WICKMAN: Yeah, I first noticed it while watching “Jack Ryan: Shadow Recruit” last year, and the reason it really jumped out at me is it was one of those shots where it just wasn’t necessary. You know, they showed a shot of London, and you could see Big Ben right there and Westminster. And then they kind of slowly zoomed in on a British flag, and right then it came up, you know, saying, London, comma, England. And it just really made me think about it. And I’d been hearing it all my life, but for the first time, I just thought, you know, what is that noise?

Alone, I was talking back to the radio and said, “It comes from the teletype in The Hunt for Red October.” The show continued…

CORNISH: So where did your investigation lead you?

WICKMAN: Yeah, I went back to some of the movies that you played in the intro here and was trying to figure out where the earliest example of it was. And eventually, I just ended up calling up a bunch of the, you know, sound designers for these movies, and they all pointed me back towards “The Hunt For Red October.”

I was quite saddened that nobody was there to witness my awesomeness at calling it. You can listen to the full interview from NPR here:

This is probably where this story might have ended. But last night, through some convoluted logic,1 I recalled a late 1980s TV show called The War of the Worlds, following up on the 1953 movie of the same name.

I remember watching it as a kid, but really only remembered one part and that was a discussion about Kellogg Air Force Base (which never actually existed) and Wright-Patterson Air Force Base. This surely only stuck in my head because we lived about 15 minutes from Wright-Patterson, and it was sort of a dominating feature of the area. A quick search on YouTube reveals that some of the episodes have been uploaded, including the feature-length premiere.

So, I turned it on and sat down on the couch to see if this was bad as I expected it to be. Nostalgia usually is. Throughout the first half of the episode, locations are communicated to the audience by showing an entrance sign. Nothing unusual about that. Here’s the first, where the location is explained as the “Fort Jericho Disposal Site,” and the sign makes that plain as day…even in the night.

But in the second half of the episode, things change. We start using the teletype method. Here’s the first, I think:

Okay, but only a moment later I thought to myself, “Doesn’t this predate The Hunt for Red October?” It does! The Hunt for Red October was released to theaters on March 2, 1990. The first airing of The War of the Worlds’s premiere, “The Resurrection,” was October 7, 1988. That’s an 18-month jump backward! So then I decided to try something crazy.

IMDB has a search tool where you can put two works in and see who the overlap is. I was hoping to find a common sound designer or foley artist or something. Alas, it wasn’t to be. Over the entire series and the movie, the only overlap was two people. One was Steve ‘Spaz’ Williams, a visual effects artist. The second was Michael Welden, an actor whose involvement with the show didn’t occur until the end of the second season.

But pushing the origin of the teletype back a good 18 months is still an accomplishment. I am going to guess it can go further back.

Image is the logo of the show.

George Washington was an alien. And I recalled that on Alien Nation, the aliens were all named after famous people, so I looked to see if there was a George Washington so I could blow her mind. Then, I recalled another show from about the same time…