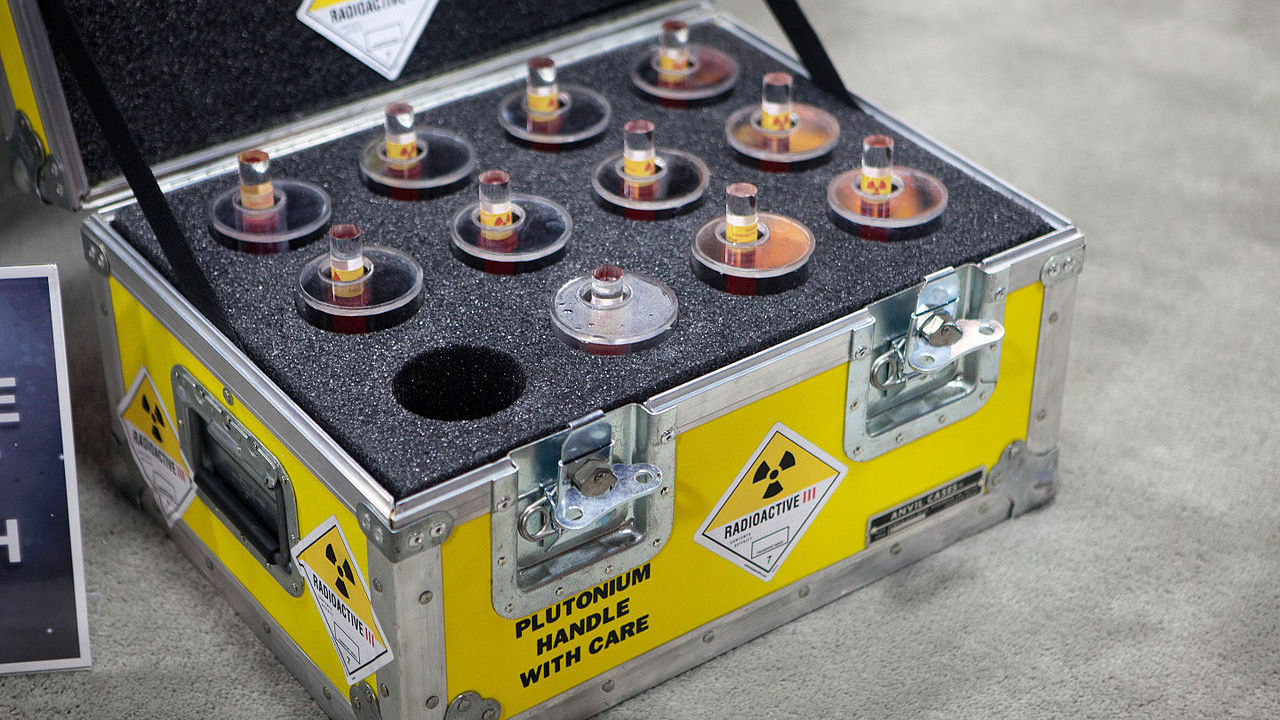 Do you mean to tell me this sucker is nuclear?!

This morning, Nina, Ducky, and I went down to APL to watch the liftoff of the Parker Solar Probe, initially scheduled for 03:53 local time. It didn’t happen, for reasons I never checked in to, but they will try again here in a few hours. The launch vehicle is amazing, a Delta IV Heavy that is one of the most powerful launch vehicles ever built.

This is important because, though somewhat counter-intuitive, it is just as hard to get closer to the Sun, as it is to get away from it. Or, more precisely, the [latex]\Delta v[/latex], the change in velocity, to go [latex]n[/latex] meters closer to the Sun is identical to the [latex]\Delta v[/latex] to go [latex]n[/latex] meters farther from the Sun. So a huge rocket is necessary. The Atlantic has a great article about this:

The Parker team studied its options and settled on Venus. In some ways, the new trajectory works out well. With Jupiter, the probe would have come closer to the sun, but it would have made only two passes. With Venus, the Parker Solar Probe will make 24 passes over its lifetime.

Of this, though, this passage is striking:

[A Jupiter-based slingshot] would have required the Parker Solar Probe to run on nuclear power. But about a decade ago, NASA told the Parker team it couldn’t build its spacecraft to operate that way.

This is a big deal. Because nuclear power does not work in space the same way it does on Earth. Not that it can’t, but those nuclear power plants are heavy. Nuclear in space works because the radiation produced from something radioactive is quite hot and power can be generated from that heat. There are a lot of ways this works and Wikipedia has a good summary of this. Our typical radioactivity source is plutonium-238. That’s where this gets messy.

Plutonium-238 is not a typical nuclear waste product and has to be specifically generated. And the United States did not produce any from roughly 1988 to 2013, when Parker design decisions were being made. Because of this, we effectively ran out of plutonium-238 and started manufacturing it again in 2013.

This plutonium-238 is really only useful for powering long-distance and long-running spacecraft, where solar is ineffective. But it is also hazardous to make and store. Keeping our spacecraft fueled is important though and we need to keep making it so we can keep going further and further.

Parker, in the meantime, runs on solar, appropriately enough. And with luck, the launch will happen in just about six hours…

Image of Emmett Brown’s plutonium case from the film Back to the Future displayed at San Diego Comic Con 2011 by Mooshuu from San Diego via Wikimedia Commons.