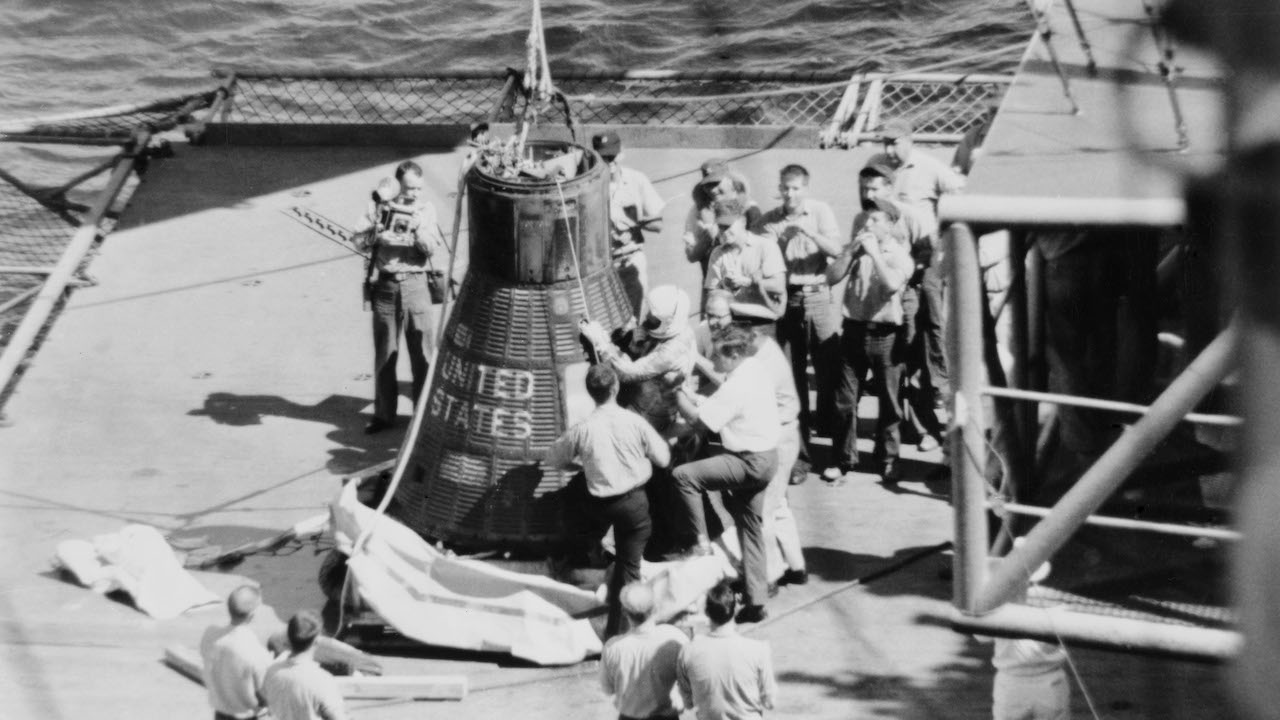 Something caught my attention. I watched The Right Stuff last night and was looking up something about Gus Grissom. Grissom’s Liberty Bell 7 flight has been the subject of great controversy over how the hatch was blown after splashdown. The hatch blow resulted in a loss of the vehicle, though Grissom was rescued.

Three flights later, on the Sigma 7 flight, pilot Wally Schirra was still in the Mercury spacecraft as it was hoisted aboard the USS Kearsarge. Wikipedia describes what happened, moments before the picture above was taken:

Forty minutes after landing, Sigma 7 was hoisted aboard Kearsarge; five minutes later, Schirra blew the explosive hatch and climbed out to a waiting crowd. After doing this, examinations showed clear bruising on his hand from operating the heavy ejector switch, which he felt provided an important vindication for fellow pilot Gus Grissom’s hatch expulsion accident during the Liberty Bell 7 mission. Grissom had maintained that the hatch blew without his input; the fact that he had no bruising was seen as evidence that he had not blown the hatch early and sunk his capsule, but that it was a mechanical malfunction.

I had never known Schirra did this and that is an interesting bit of space trivia.