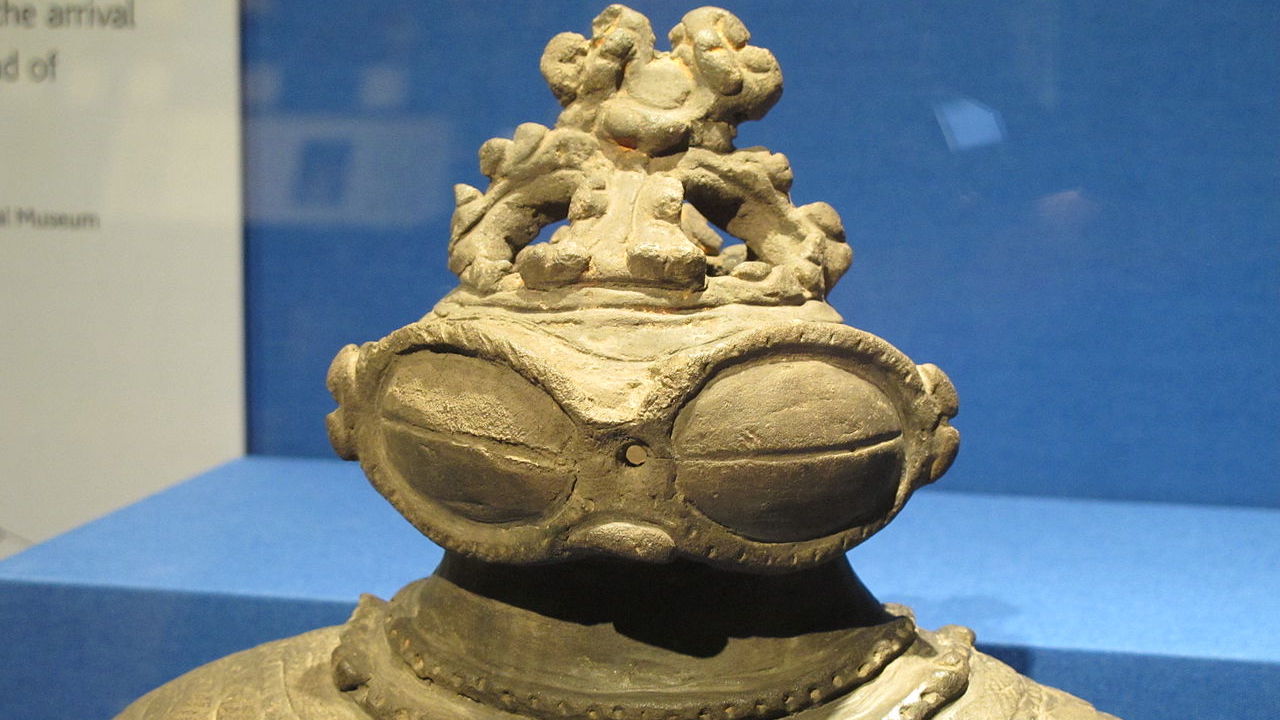 The Jomon and Yayoi cultures predated modern Japanese culture on the Japanese islands. It is important to understand these are not proto-Japanese cultures, though some of the early elements of them continue today. The Jomon culture is primarily handed to us today via architectural finds, especially those clay pottery and figures. This is such a key element, Jomon itself means “patterns of plaited cord.” An example of a Jomon figure is above, called a dogū and shows a typically-Jomon aesthetic of goggle-eyes.

The end of the Jomon period transitions away from hunting and gathering and other Neolithic traits. This period, starting around 1000 BCE, starts agriculture on the Japanese islands and the formalization of traditional Shinto rites and religion. At the end of the transition period, the Yayoi culture arises and defines the population of Japan from about 300 BCE to 250 CE. This period, notably, is before Buddhism’s arrival in Japan.