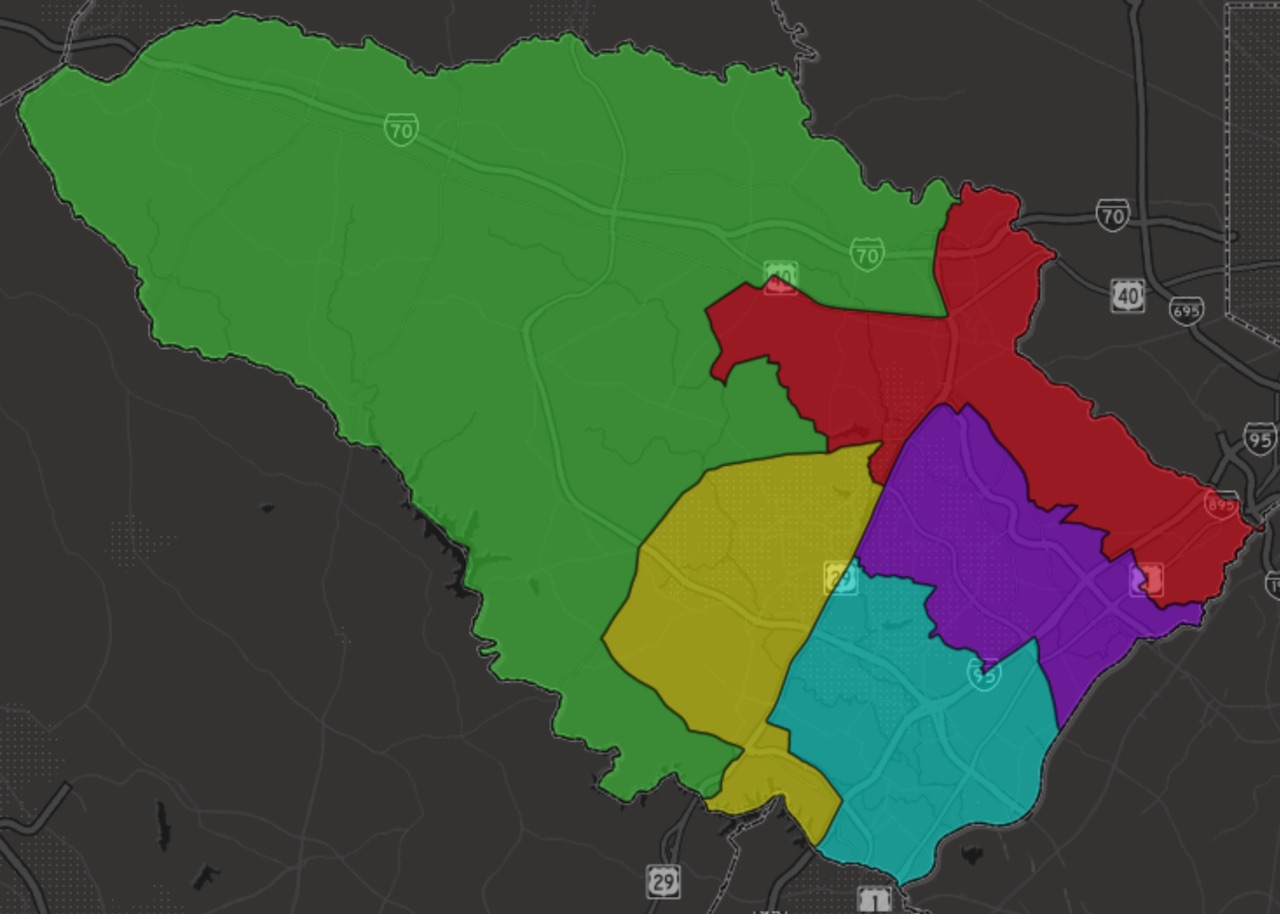 Yesterday, the Charter Review Commission presented its final report to the County Council. We had our final meeting Tuesday morning, via video conference, and approved the report with minor changes. You can see the report at the bottom of this post. It is a great document and we recommend some very important changes. The most important of these is to completely restructure the redistricting process for the County Council.

Right now, there are three members from any political party that receives more than a quarter of votes cast for the Office of County Executive in the preceeding general election. This has a whole host of problems. There are four groups of registered voters in Howard County: Democratic Party members, Republican Party members, Bread and Roses members, and unaffiliated. In practice, this rule gives three seats to members selected by the Democratic Party Central Committee and three to members selected by the Republican Party Central Committee. The Chair is a single additional member selected by the County Council.

This is a bit unreasonable. First, unaffiliated members are not represented and can’t be, since their party cannot get any votes. It remains to be seen if someone running unaffiliated for County Executive and receiving a quarter of the votes would qualify unaffiliated voters for three seats. It seems like the answer is no, since there is no central committee for unaffiliated voters to select them! But there’s another big question. In the last year, the Democratic Party has secured an absolute majority by registration in Howard County. That is, there are more registered Democrats than all other registered voters combined. It is obviously inequitable to award equal selection rights to a party that is half, by membership, of the majority party. In addition, I have a serious objection to a private entity naming the members of the commission. And, yes, the party central committees are private entities.

The proposal more or less fixes these problems. First, it would place all authority for selecting members in the hands of the County Council, where it belongs. In addition, no party is guaranteed membership, but also, no party will hold a majority. And further, the Council may select members from any political group, including unaffiliated voters. While no redistricting process is isolated from politics, this will remove the explicitly political component and gives a future redistricting commission a level of independence greater than previously seen here or at the state level.

Anyway, the full report is below.