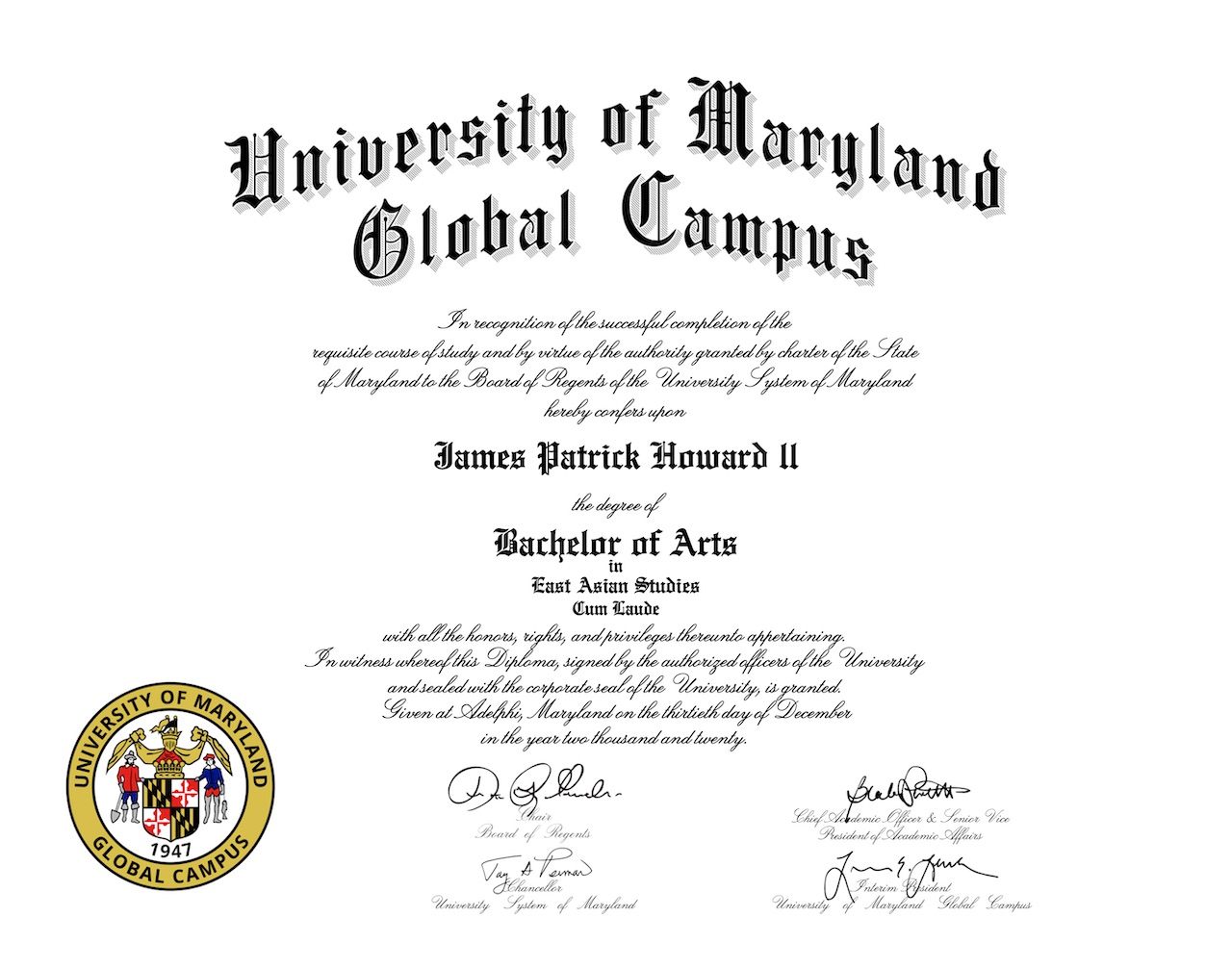 UMGC Gave Me a BA in East Asian Studies

Well, this is just getting ridiculous, now isn’t it? So, you know, many years ago, I was playing with YouTube and stumbled across some video on self-hypnosis. I couldn’t find it now if I had to, but at the time I had a few minutes to kill, and thought, well, I’ll try anything once. So I did it. I am not so sure about hypnosis, but at the end I had a realization that this is what the mindfulness people were talking about. Mindfulness was at the peak of its corporate adoption nonsense, so I dug a bit more into it.

Then I took the second half of East Asian history. And since, you know, why not, I then took three semesters of Japanese. Finishing all of that, it was fairly easy to look at things and realize that I was three courses and a capstone from finishing a second bachelors degree in East Asian studies. And that’s how I got this:

But now, I need to clean up that capstone project and prepare it for publication! Happy new year to all.