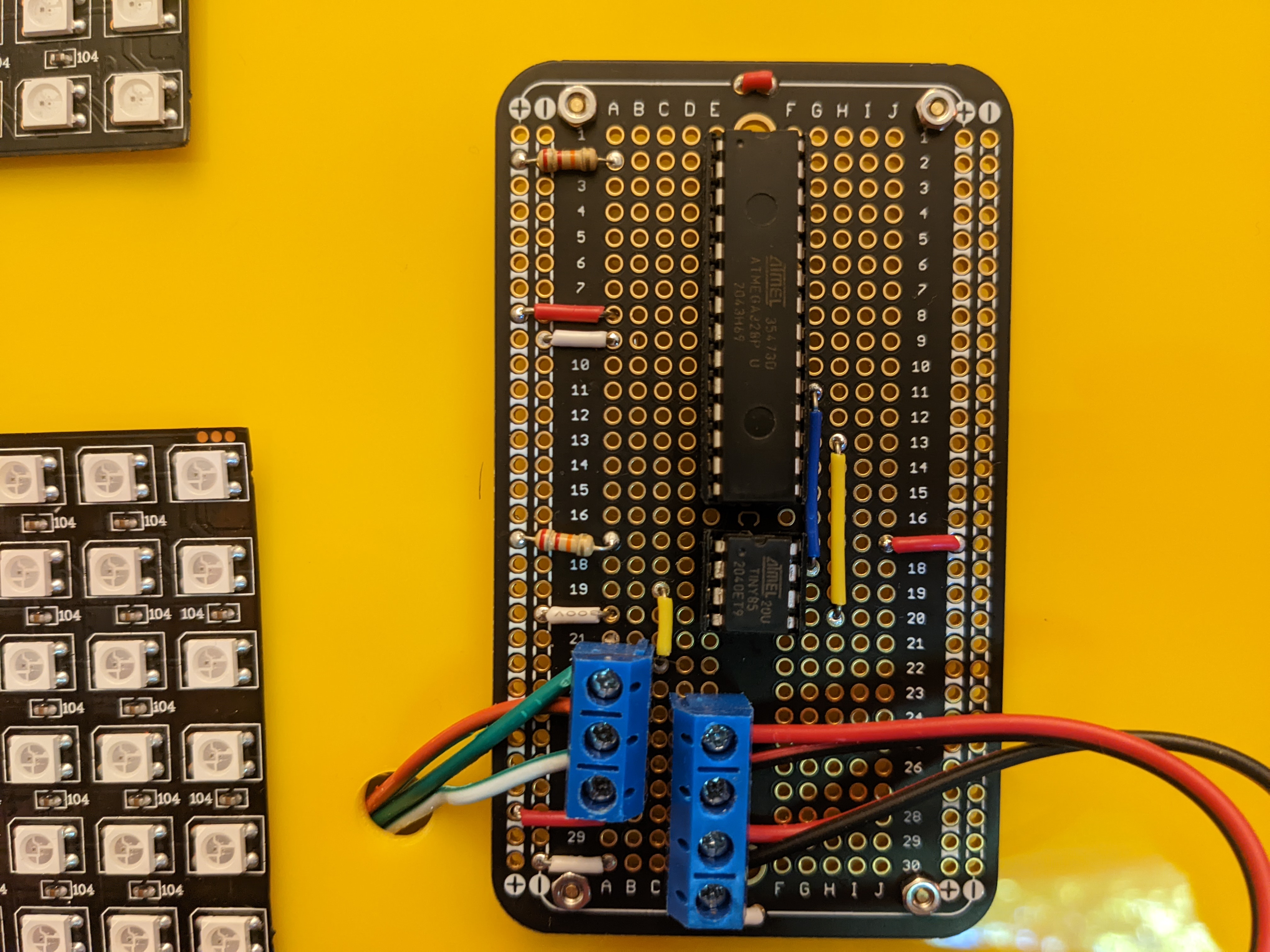 Last year, I was working with a set of LEDs that are kind of dead common WS2818B LED assemblies. These are available on Amazon, Aliexpress, and pretty much any other electronics retailer. If you are buying programmable LEDs, odds on it is WS2818B. And there’s a good reason for that. They are dirt cheap and supposedly easy to work with.

It’s that supposedly easy to work with part that is a bit difficult to swallow. They require a really absurd custom communications protocol to deal to talk. The LEDs are addressable in the sense that you can control which LED you’re talking to. Basically, it all works like this:

The full protocol is described in the WS2818B datasheet.

The problem with this is, to control any substantial number of LEDs, an Arduino Uno is stuck spending all of its time talking to the WS2818B cascade and has no time left figuring out what it should be sending. It would be nice if we could talk to the lights via a standard protocol, like, oh, SPI. There are libraries for talking SPI that run just fine on the Uno, and consequently on the ATmega328.

Wayne Holder produced a solution that allows you to use an ATtiny10, but for a variety of reasons, this was not working for me. The biggest was, even a “light” port to ATtiny85 would end up with the little chip out of sync with everything else. So, I broke the program down and rebuilt it.

You can get it off of GitHub. The implementation is built around PlatformIO, not the Arduino sketch system. It runs very well and I have let it run for long periods without error. It does double the chip count in my project, but I had ATtiny85s on hand and it greatly simplified the coding on the ATmega328P that is the primary controller.

If you want to learn more about SPI, Ben Eater has a fantastic video on SPI here: