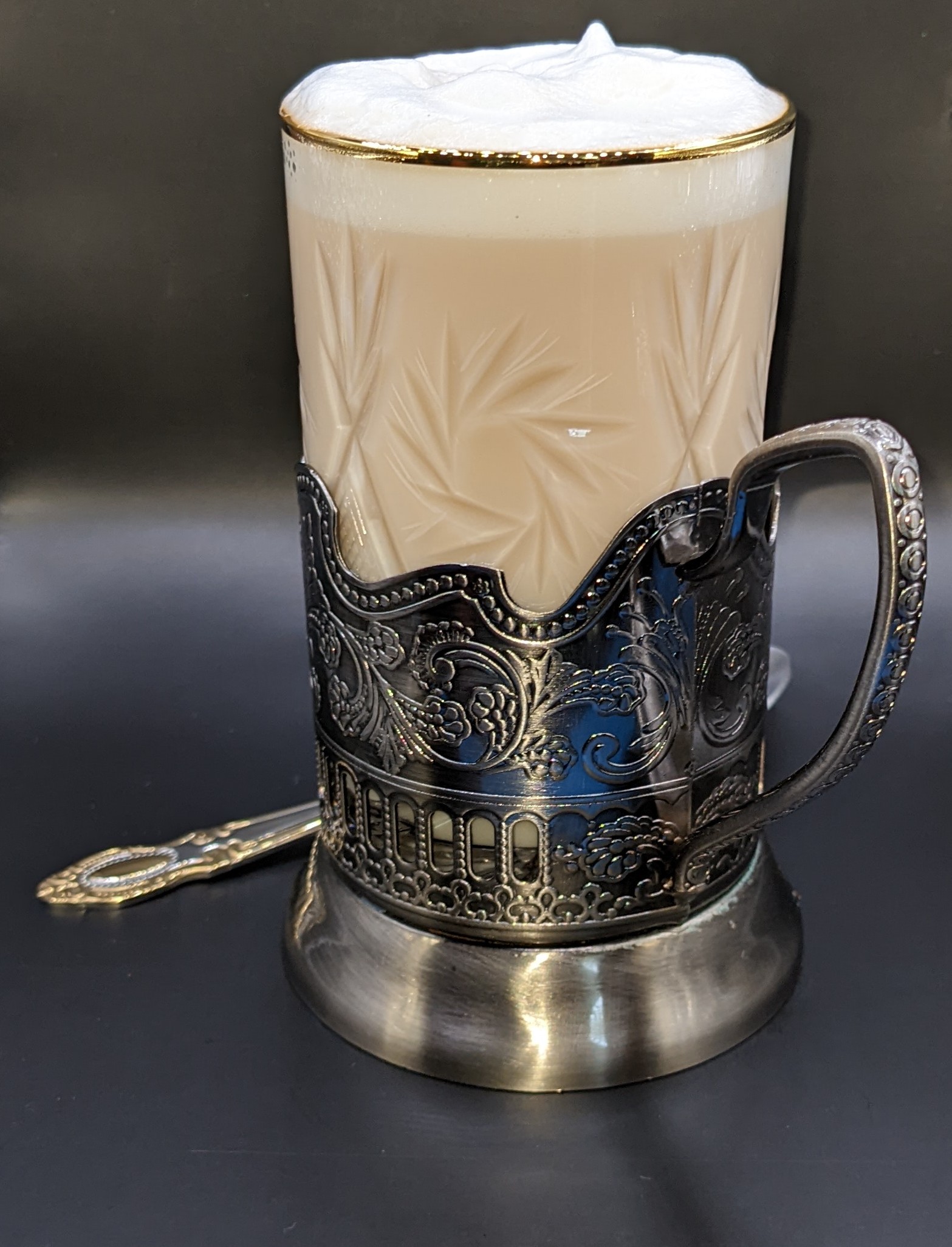 A week or so ago, Chase asked me about getting some vanilla syrup. He had seen on the menu at Roggenart a drink called the “London Fog” and was interested in trying it. He could have ordered it, but Chase likes to cook, and that’s awesome. The London Fog is an Earl Grey-based latte created by Mary Loria. The drink consists of:

Well, we made it and liked it. But naturally started playing with it. And so we have invented what we call “The London Frog,” which is the same drink, adding a shot of spearmint syrup.

As an aside, we were worried it would taste like a Shamrock Shake. In this event, we were prepared to name it the “Dublin Fog,” but fortunately, that did not come to pass.