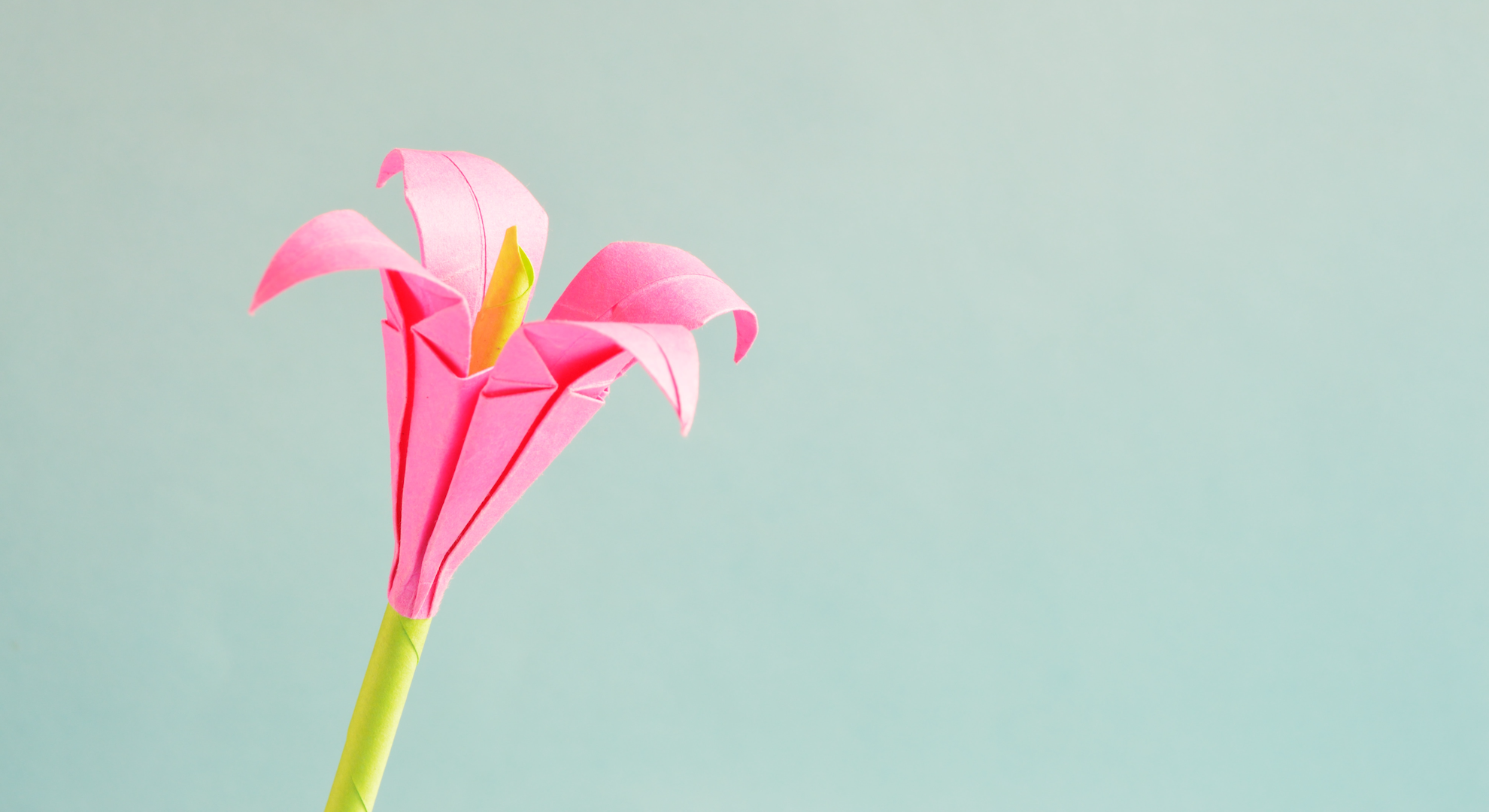 Origami goes far beyond kids making paper fortune tellers. In recent years, origami has become a focal point for teaching mathematics. Origami has also been used for understanding biological and chemical principles, as well as engineering folding designs for use in spaceflight. All of this makes understanding the nature of origami just as important as understanding how to fold paper to create a shape. The themes of negative space, the transition from folded to unfolded, along with the intervening states, are all critical from practical perspectives and can help us teach and use the art more effectively.

Origami may not appear simple. Nontrivial origami of complex objects, ranging from dragons to buildings to an entire book of origami animals, can be produced, even by novices. An origami airplane, a paper airplane, can fly significant distances. But all of these origami designs share one common property. They all consist of simple folds. True origami does not permit cuts and if unfolded, should yield the original sheet of paper. Physicists call this a “rigid body deformation,” and this is the simplest transformation of the paper possible. It does not stretch, shear, or compress the paper. No matter how complex the final representation, it was created only through successive folds. Complexity arises from simple rules.

The idea that complexity stems from simple rules is also familiar within the mathematical and computer science communities. There is an entire field known as artificial life that uses simple rules to model complex behavior. That complex behavior though, is typically found in nature. The idea behind the field is that simplicity gives rise to complexity in nature; an ant may only follow simple rules to forage and return to the nest with food, but at scale, complex eusocial behavior emerges. Similarly, origami represents the complexity found in natural settings via the emergence of complexity from simplicity.

That does not mean nature plays no role. Because origami is constructed from paper, it is fragile and will not last as long as a sculpture of the same animal in stone. Origami, is, in fact, entirely ephemeral. Paper, degrades over time, even if well maintained. The paper of origami is even more fragile than other instances; a book is protected against the elements by being bound and shelved. Origami has no such protection. Even the folds degrade the paper, as the stress on the paper at the fold can lead to tearing or just wear through over time, especially if unfolded and refolded many times. Even more directly, an origami craft piece can be unfolded the paper put to another use, practical or not.

The symbolic impermanence of origami has a special place in Japanese myth, as well. A common practice in Japan is to fold one thousand origami cranes, a mystical creature in Japanese tradition. After folding one thousand cranes, the cranes may be offered in exchange for a wish. Because of this, a thousand origami cranes are often given to those who are ill, who may offer the cranes in exchange for a wish of good health. Some temples in Japan allow for cranes to be placed near eternal flames. As the cranes are left outdoors, they rapidly degrade due to exposure and the wish is symbolically released. Impermanence, here, is necessary for the ritual’s success.

Finally, we must consider the imperfection of origami. One key form of imperfection origami recognizes is asymmetry. Asymmetry in wabi-sabi refers to “design that emphasises irregularity or unevenness.” While it is possible to construct origami symmetrically, as, for instance, a well made paper airplane is, there is a preference for asymmetric designs. An origami bird has a tilted or turned head, for instance. Beyond adding a degree of asymmetric reasoning to the craft, it also gives the design a greater sense of life. If the head is turned, suddenly, it is looking at something and rather than a representation of a bird we now see a representation of a living bird, in its natural state. Imperfection leads to nature as wabi-sabi principles lead back to each other.

Origami, like other native and nearly native craft forms in Japan, is heavily influenced by the culture in which it thrives. This, almost, is to be expected as counter cultural movements obviously do not have a mechanism to perpetuate themselves. By adhering to cultural norms, these craft forms ensure their own survival, and that adherence has left indelible marks on the crafts’ standard forms. We can infer from this just how powerful the concepts of Buddhist philosophy, and wabi-sabi in particular, were during the formative years of each of these artistic traditions.