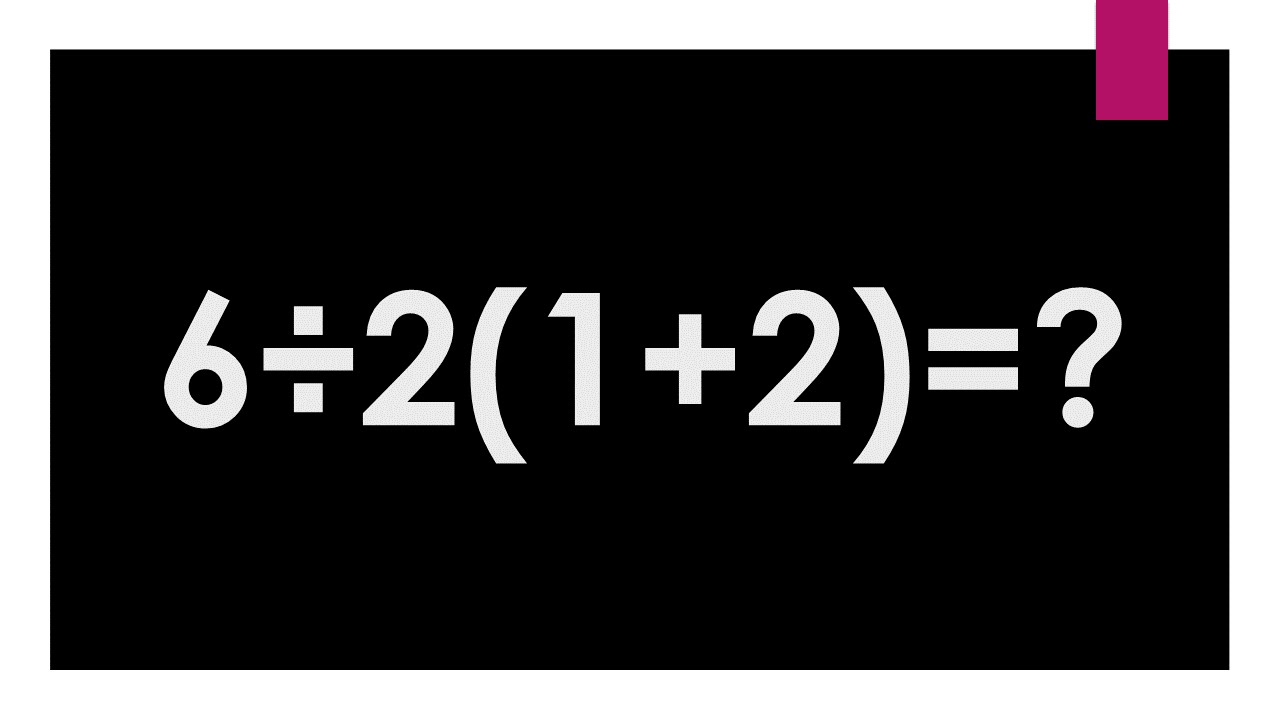 The second problem is inline division. Because it can introduce these sorts of questions, many publishers define inline division as lower precedence than explicit multiplication and division. Lets be clear, you can cite PEMDAS, but given how many different versions there are, you may not be helping your case. Generally, pushing down inline division resolves the ambiguity here, but I imagine a carefully crafted example could break it, too.

The implicit rules and inline division really come to a head in the example,

Slate wrote up this problem a couple of years ago. That article makes a critical point, PEMDAS isn’t a rule. It’s a convention. There’s nothing absolute about it, like there is true mathematical rules. It’s just the method we adopt to ensure we communicate mathematics effectively. The first of those, that parentheses are operated on first, is ignored in this example. Because, of all the implicit rules in PEMDAS, the most important is use parentheses to eliminate ambiguity.