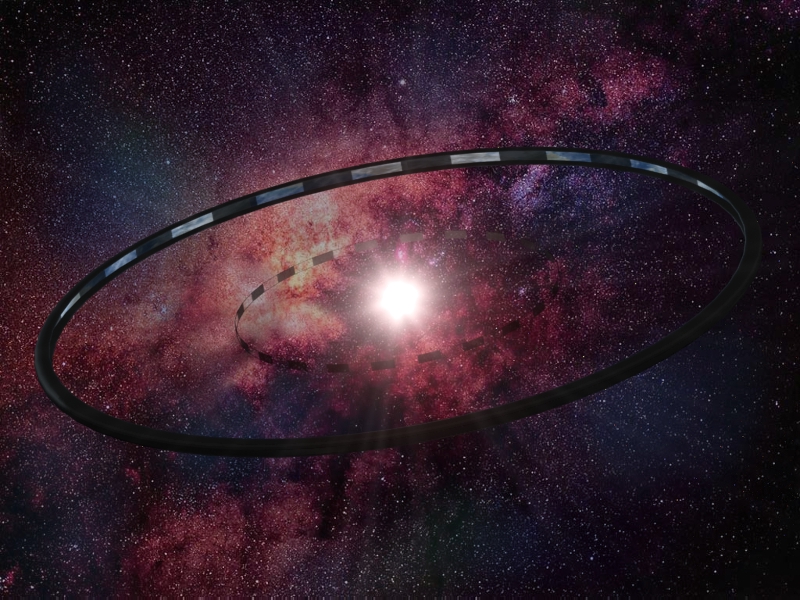 In all of the discussion around KIC 8462852, there’s a bit of a statistically-flawed argument. Obviously, as I noted last week, a natural origin explanation is deemed far more likely than an artificial original explanation of the unusual light curve. Several possible natural origins suggested focus on comets.

One of these is that a large comet has recently, that is within the last few years,1 disintegrated in orbit. Or another star passed by within the last several thousand years and kicked the cometary cloud inward, and that explains the light curve. The counter-argument to this has been, essentially, what are the odds we should just happen to be observing when this happened. The answer is more complicated than you might guess.

See, the odds of seeing this happen at KIC 8462852 are relatively low. In fact, I don’t know what they are, so let’s assume something extremely small, just for the sake of argument. Let’s assume it happens, for an average star, once every billion years. This number is based on nothing more than being a round number and yielding a very low probability of it happening in any given year. That gives us (roughly) four times in the history of our planet. The likelihood of seeing this at KIC 8462852 are just so small, it is unlikely we’d see the natural phenomenon. Except there’s no reason to believe KIC 8462852 is interesting enough to care about, a priori.

That’s a big number, and the relative stellar density, the number of stars per cubic light year, in our neighborhood is 0.004.2 So there are around [latex]0.004 \times 1.41 \times 10^{10} = 56,400,000[/latex]. And if the probability of seeing something at an average star is 1 in a billion, and I have 50-odd million stars available for observation, the probability of seeing it just dropped all the way to 1 in 20. That’s the kind of thing that will happen three or four times over a lifetime.

This same mistaking of net population probability for individual probability underlies a lot of policy problems. This is why we keep seeing 100-year storms. They are in different places. And it’s also why someone wins the lottery. Repeatedly running the trial increases the likelihood of a hit.