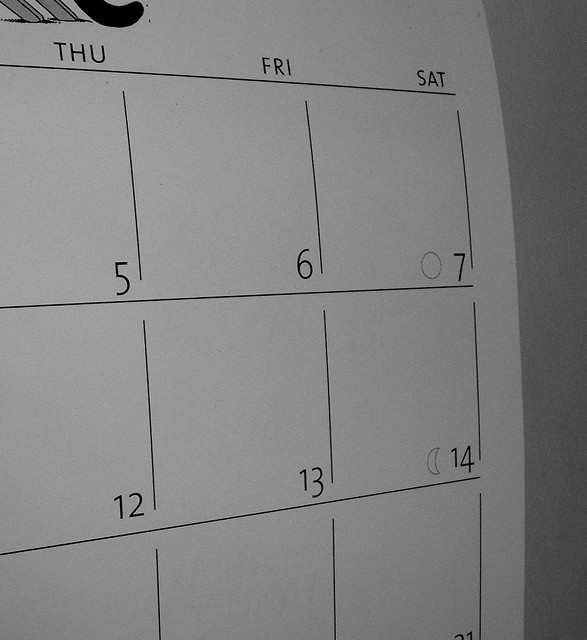 Last week, I was in a convenience store and the owner was watching a gameshow. I think it was Who Wants to be a Millionaire, but I am not sure. I am also not sure I heard the question right, but I think it was,

This day of the month is more likely to land on a Friday than any other day of the week.

Of course, you’re supposed to think of the 13th. But I think, that can’t be right. Why would that happen? The calendar is not so unusual. If I had read the Wikipedia page before, it would have told me that for any given 400-year cycle (covering all of the Gregorian leap day rules), it’s true.

But I scienced it, instead.

First, I tried working over a perpetual calendar, but the one I had had small print and it was too difficult to read. I kept getting lost. Then I decided a statistical argument was sufficient to meet my need, so I was about to Monte Carlo it. I really wanted a lot of points, and I figured I’d have to check about a million months. Then I realized just how many months that is.

Realizing the 400 year-cycle limited the possible options anyway, and that is only 4800 months, checking a million or more random months seemed excessive. So I wrote this program:

And I get the output,

And that agrees with Wikipedia, which tells me I should have looked there, first. But if you’re feeling a bit unlucky on the 13th, and it’s a Friday, and you feel like it comes around more often than it should…you’d be right.