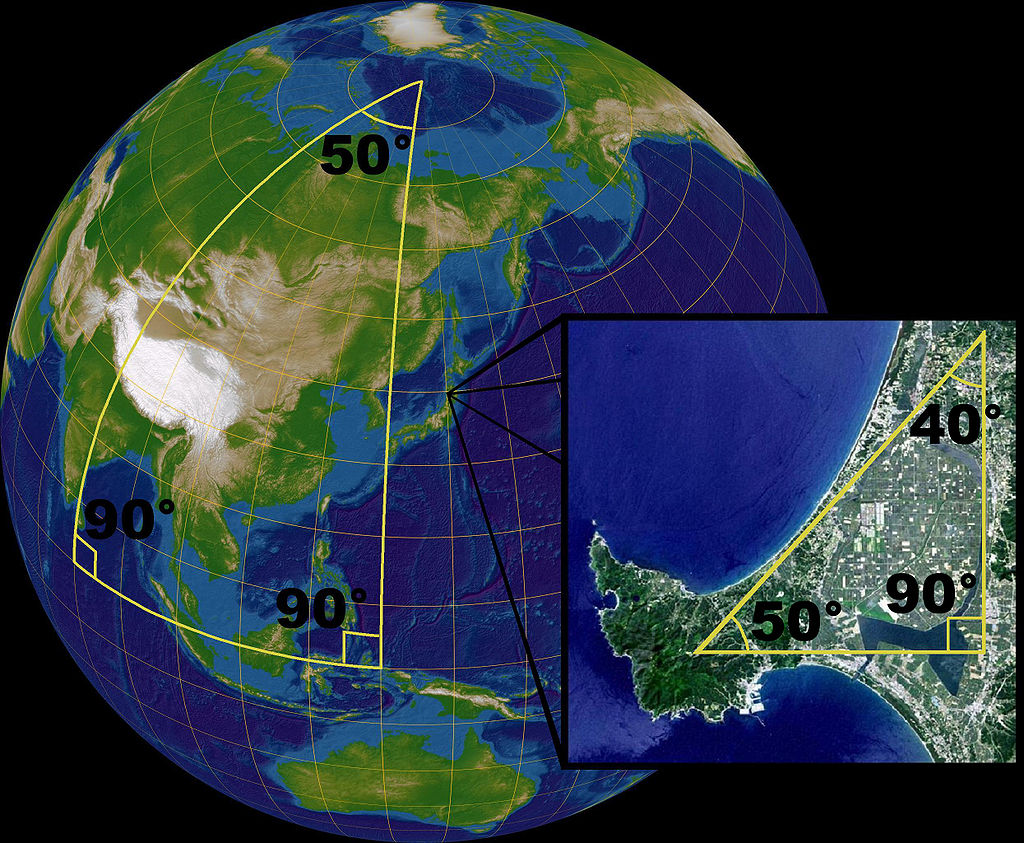 I was thinking about spherical geometry the other day and discussing other alternative geometric systems via email. We all remember through high school geometry that there are some thing we can prove (theorems) and some things we just assume are true (axioms). The first come from the latter and Euclid defined the things we call axioms. Here’s how Wikipedia defines them:

That last one caused problems for Euclid and everyone who came after him. The first four are comparably much much simpler. They thought that #5 should be provable from 1-4. For like 2000 years, mathematicians tried to prove it until someone comes along and asks, what if instead of trying to prove it, we got rid of it? This opened up a world of alternative geometric structures. Some of them are as complete, and rich, and amazing as Euclidean geometry we learned in high school. But they are not necessarily reflective of the real world.

My favorite, as I alluded to, is spherical geometry. I like it most because it only accepts postulates 2 and 4 above, and leads to a remarkable conclusion of a triangle with a sum of angles of 270 degrees, something that should somewhat instinctively revolting. But if you pull out a globe and place a corner at the North Pole, one at 0,0, and one at 0, 90 W (which should be just around 700 miles west of Peru in the South Pacific), you get a triangle with 3 right angles. It’s a toy problem, but that’s exactly my point, though now you can build GPS with it.

Others of interest are hyperbolic planes, toral planes, and so forth. The key point is that some have applications in the real world, some are just counting how many angels may dance on the head of a pin.1