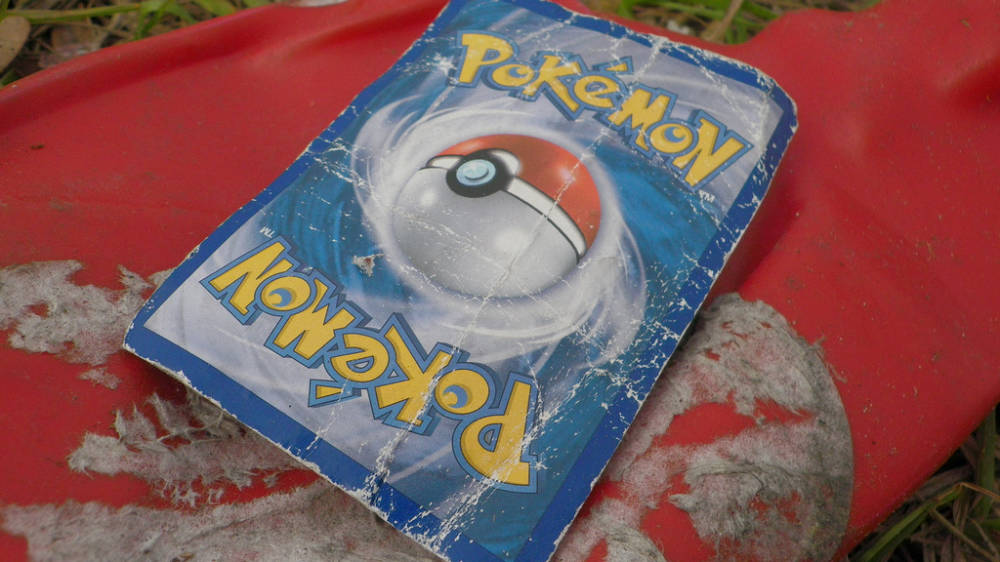 Why I Won't Play Greedy Dice

Chase and I have started playing the Pokémon Trading Card Game, a lot. Perhaps obviously, this comes from the confluence of two events. First, in July, we started playing Pokémon GO. Second, he turned 7. And 7 year-olds occasionally bring home random Pokémon cards. So we bought some. A bunch, actually.

And the other day, I picked up a couple of packs of Steam Siege, for us. He got two and I got two and we each pulled Greedy Dice:

Our marketplace is open, support your local gaming stores. More Details Card Number / Rarity: 102 / Uncommon Card Type: Item / / Card Text: You can play this card only if you took it as a face-down Prize card, before you put it into your hand. Flip a coin.

He asked me if I was going to add it to my deck, and the answer is no, and of course, he wants to know why. Let’s look at how you play the card. The text says,

You can play this card only if you took it as a face-down Prize card, before you put it into your hand. Flip a coin. If heads, take 1 more Prize card.

This doesn’t help. There’s a 10 percent chance this card even ends up as a face-down prize card. And if it does, you have to pull it randomly from the six prizes then win a coin flip to get another prize. After the 10 percent, I stopped trying to figure out the probable benefit from this card. It just isn’t there. You’re better off playing a copy of Town Map to give you (and, admittedly, your opponent) some insight into your prize cards and allow for more selective draws.

Our marketplace is open, support your local gaming stores. More Details Card Number / Rarity: 150 / Uncommon Card Type: Item / / Card Text: Turn all of your Prize cards face up. (Those Prize cards remain face up for the rest of the game.) Want to become a pricing pro?

There’s a counterargument that if Greedy Dice lands in your hand via a draw, it still has use as discard fodder, for a card like Ultra Ball. But in my experience (which is kind of limited), if I have to play Ultra Ball, I usually am trainer rich in the hand, and have plenty of other cards I can dump. Or I can dump energy cards, knowing I can pull them back later with Fisherman.

So, yeah, Greedy Dice is a beautiful card, but it won’t be seeing any play, here.