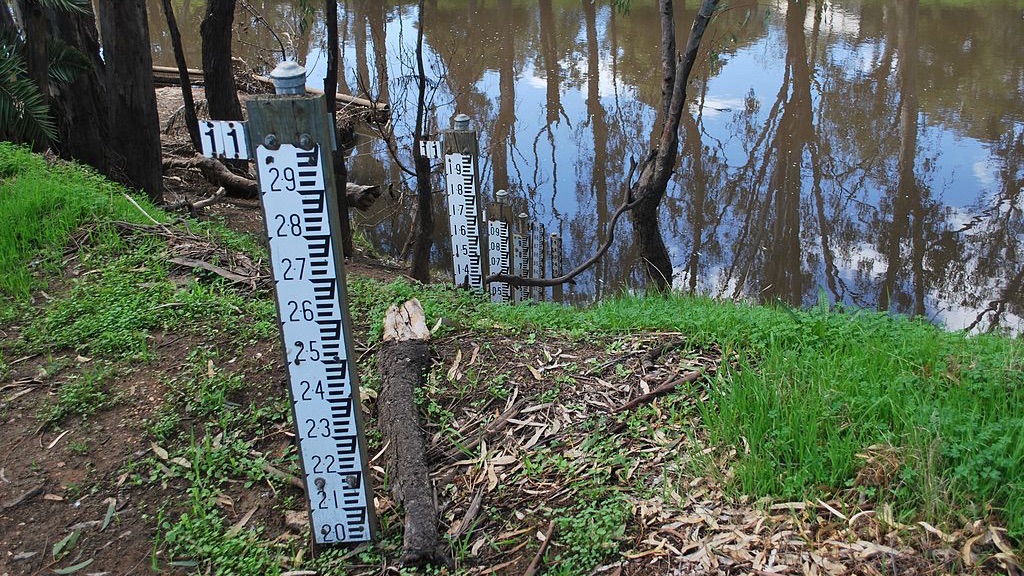 These questions are worth going into some detail, so let me begin by discussing first, how I account for changing statistics. The answer is, I don’t, but that doesn’t matter. The how is interesting, but the why is critical to understanding both severe storms and rare events.

There’s a common misconception that the “100-year flood” is what happens whenever any flood event happens. You often hear any flood described as a 100-year flood, but that’s just not right. The 100-year flood is defined as when the water reaches a level defined as the 1 percent AEP level in a given area. The 1 percent AEP level is a level where the water is only likely to reach that level with a 1 in 100 probability, in any given year. The problem, that definition is fairly confusing. So let’s explain it like this.

There’s water everywhere, mostly. It just might be fairly deep into the ground before you hit it. When water comes, from rain or a swelling river, the ground can absorb some of it as the underground level goes up. Eventually, it reaches the surface and you have surface flooding, though it probably hit your basement first. It’s rather counter intuitive, but it is crystal clear if you think about a nice day at the beach.

As the tide goes in and out, the base water level changes. There is some part of the beach which is always covered in water. You normally call this the ocean. There is some part which will stay dry all day, and you put your towel and chair there. And there is an area in between where the water splashes over and over as the day goes on. Following so far? So in between, there is a place that is covered with water most of the time and a place that is uncovered most of the time. And between those two places, there is some point where there the ground is covered with water exactly half the time.1 Following along, over the course of a single day, there is some point which will be covered by water only 1 percent of the day, for 14 minutes and 24 seconds. We might call the water level here the 1 percent daily exceedance point. Any point closer, or downhill, to the water from this point, is going to see water more than 1 percent of the day. Any point farther, or uphill, will not. That point is the demarcation line of the 100-minute floodplain.

Now, let’s consider this over much larger timespans, like centuries. Over long periods of time, there will be a much larger variance in the maximum point, and possibly the minimum point, pushing the both the maximum, and the 1 percent (over the period) point inland. No problem, the 1 percent point moves based on the timespan given. The 100-year timespan was selected in the 1960s for use in creating the National Flood Insurance Program. But it does not refer to getting a flood every 100 years and certainly not only every 100 years.

So, back to the question of changing probabilities, I ducked the problem completely. By sticking to a 100-year event probabilities, rather than flood levels, I could set aside the changing conditions. Even if higher floods are happening more frequently, a 100-year event has the same probability of occurring. It’s just worse when it does. And lesser events are also worse. Because of this, the statistical probabilities I gave are the same, because the underlying definitions are flexible. If, instead, we fixed the water level and asked again, the analysis changes substantially. We’ll look at that, next.

easily provable using calculus. Remember that the next time you hear someone ask when they will use math ever.