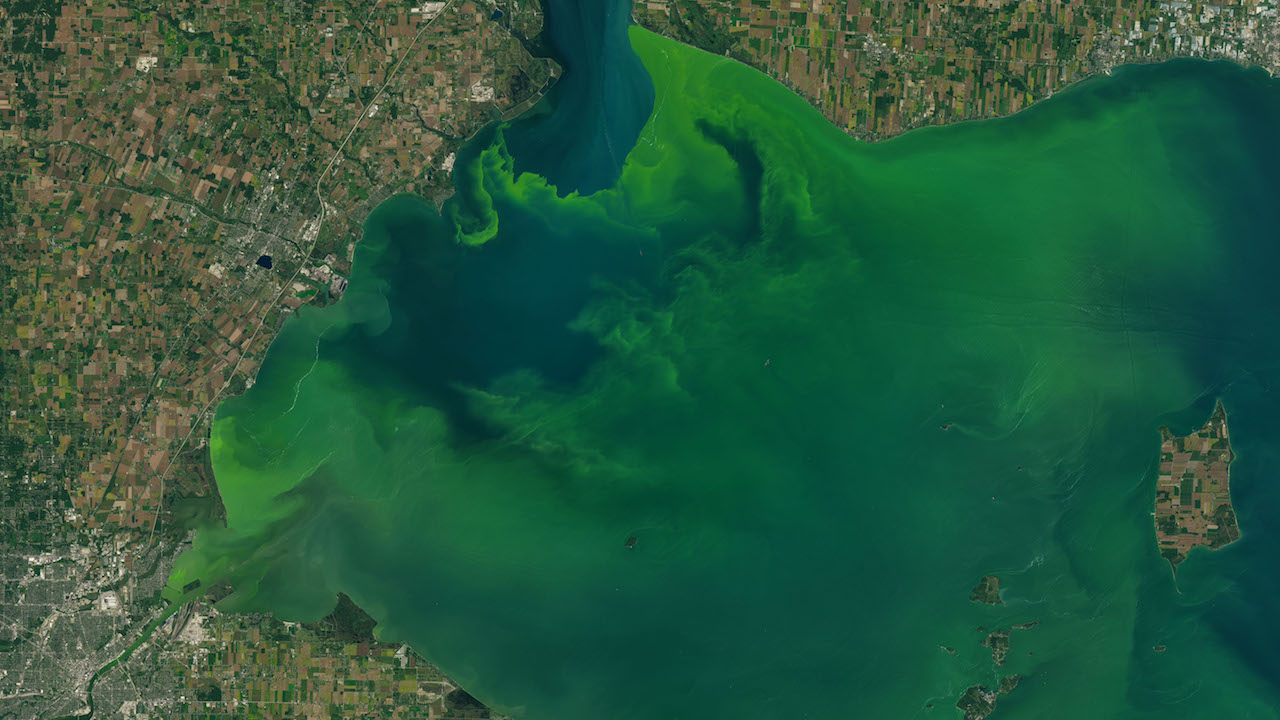 Here in Maryland, we spend a lot of time talking about eutrophication in the Chesapeake Bay, but eutrophication can also be a threat to our freshwater supplies. This has most seriously affected Toledo in recent years. In 2014, Toledo had to shut down freshwater feeds from Lake Erie due to eutrophication-caused toxins in the water.

Like our concerns here, much of the Toledo problem was caused by industrialized application of fertilizers. There’s a runoff problem and phosphorus is swept from the soil to the nearest body of water. In the case of Toledo, much of the problem stemmed from farmlands located across the border with Michigan. As more and more fertilizer headed into Lake Erie, instead of fertilizing crops, it fertilized algae. The algae, growing more abundantly than it had ever known, promptly crowded out everything else. The algae, much of it toxic, left the water undrinkable.

This is going to be a continuing problem in American lakes. More than 45 million people live in the Great Lakes watershed and most of them get their water from the lakes or its water sources. As long as there is more fertilizer being dumped into the water, the Great Lakes will continue to see toxic algae blooms, placing drinking water at risk. And this is true in every other water source, too.