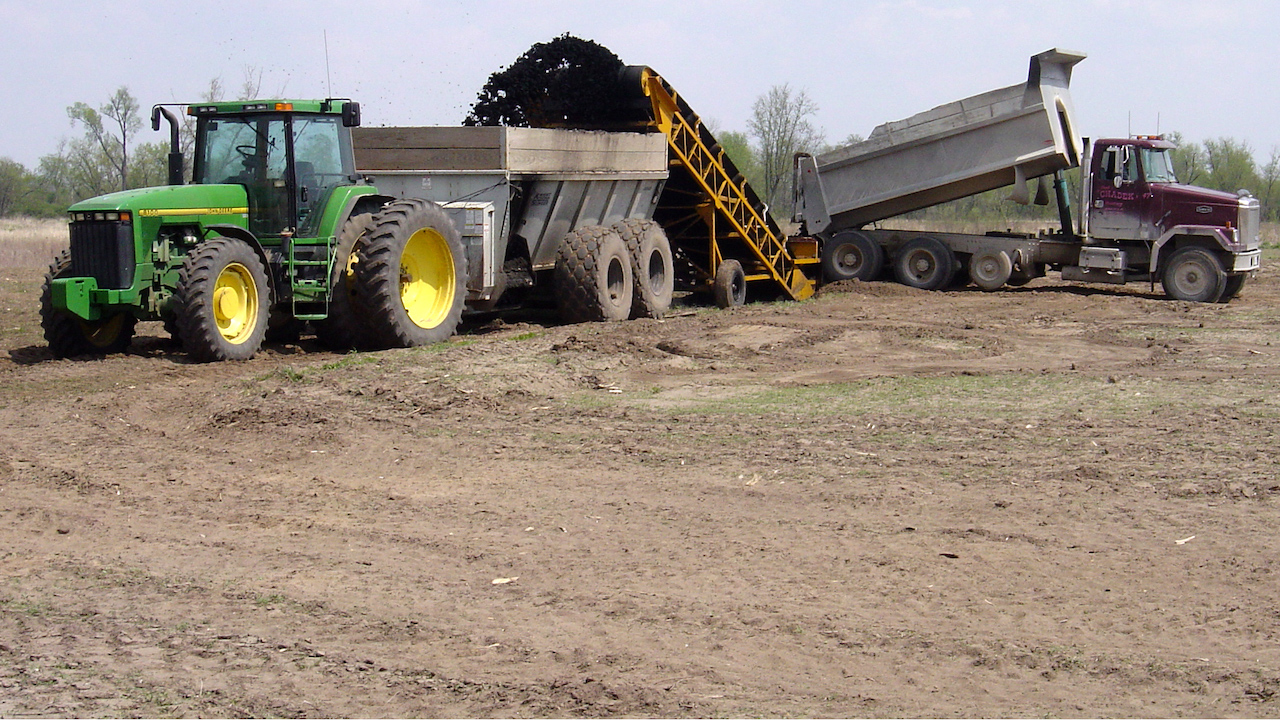 Sewage Sludge Down on the Farm

When I was a teenager, my father worked at the LeSourdsville Regional Water Reclamation Facility. He worked second shift, and I worked for the Butler County Auditor’s Office, so it wasn’t unusual to run out to the plant. Maybe delivering dinner or just chilling. I had to drive right by on the way home from MUM, so I’d also occasionally drop by after class. It all means I spent way too much time as a teenager hanging out at a wastewater treatment plant.

At the end of the process there, they ended up with sewage sludge and it was as gross as you can imagine. It’s a typically dried powder of the biosolids remaining after wastewater treatment. That is, it is dried poop that’s been eaten by assorted bacteria and other microbes. One of the things you can do with this is to use it as fertilizer. A lot of farms get this stuff and use it to feed the plants. What goes around comes around, I guess.

It turns out there are a lot of benefits to doing this. First of all, the material is organic and enhances the quality of soil, overall. That helps soil absorb moisture and adds other nutrients, especially nitrogen, that plants need. It also keeps the sewage sludge out of landfills and reduces greenhouse gas emissions from incineration.

There are some downsides to using sewage sludge as fertilizer. One is that it can smell bad. Another is that it may carry some disease vectors. The good news in both cases is that the sunlight generally kills odor and disease vectors relatively quickly. The big downside to using sewage sludge as a fertilizer is, like any fertilizer, there is concern about groundwater and surface water contamination. All the goodies in the water for plants is also good for things we may not want growing. For instance, runoff, when reaching major bodies of water, can lead to eutrophication. Finally, there are concerns about heavy metals in sewage sludge.

Generally, there are some benefits but the downsides need to be assessed at weighed in the application. There are certainly crops and locations for which the downsides are sufficiently minimized. However, sewage sludge in urban farming sounds like it would be unpleasant for everyone.