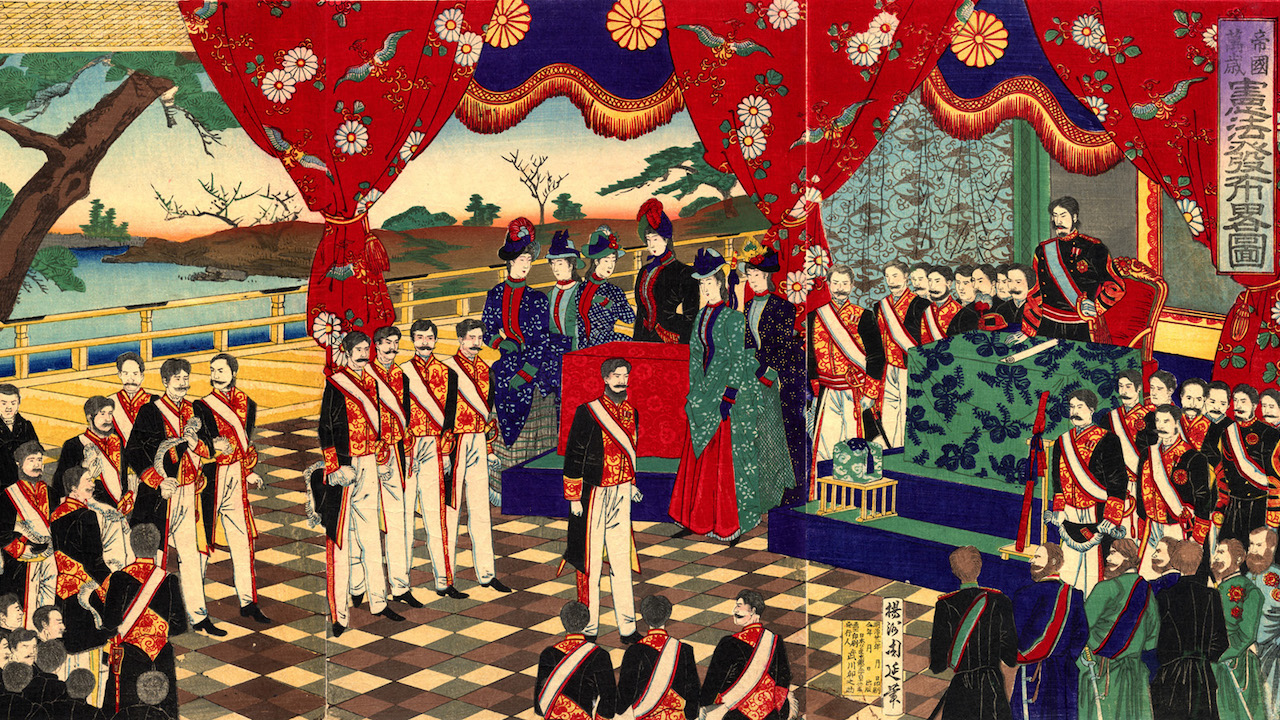 There is an interesting story of social change during the Meiji Restoration of how Shinto was forced, by circumstance, to change. During the Meiji period, from 1868 to 1912, the fundamental relationship between the Japanese state and Shinto establishment changed. In fact, while Buddhism had long held a privileged place in Japanese society, the Meiji period brought Shinto to a de facto state religion, though the Japanese would not have considered Shinto a religion in the Western sense.

One key step of modernization was the separation of Buddhism from Shinto. Before the Meiji, Shinto and Buddhist practices were intertwined, both historically and philosophically. Further, Shinto-Buddhist syncretism is a standard reference case in the study of syncretism. The separation started with a governmental order to separate the deities of the two religious traditions. Once that separation of deities occured, the practices were able to standalone.

This separation allowed the Japanese state to provide material support to Shinto shrines throughout Japan. This material support enabled Imperial power in Japan by projecting the image “of a great familial nation presided over by the emperor, the supreme father-figure.” Of course, the idea that religion would support a governing power structure is hardly new, and is a central tenet of Confucianism, itself a major influence on pre-Meiji Japanese thought. During and before the Tokugawa period, Japanese leaders used Buddhism to support the governing power structure.

Together, these changes to Shinto helped maintain a degree of social stability during this period of greater social change.

The image above is the promulgation of the Meiji constitution by Toyohara Chikanobu.