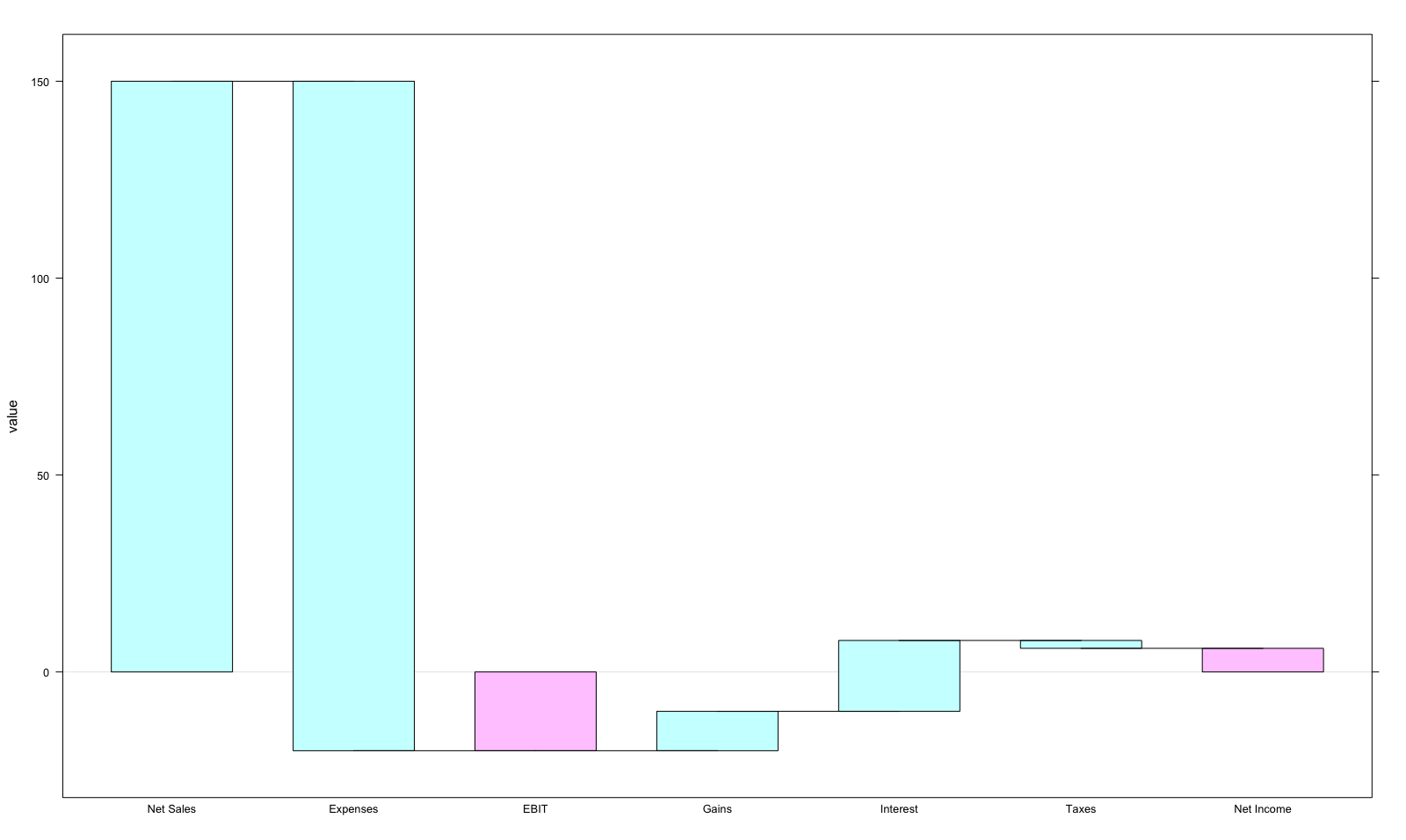 Sometime, approximately forever ago, I put together a small package to produce waterfall charts in R. It provided two functions, one using base graphics and one using lattice graphics. I planned to document this and also create a version in ggplot. I never got around to either and through bit rot, and an ever evolving packaging system within R, the project fell out of compliance and was kicked off CRAN.

About a year ago, I converted the Mercurial repository to git and posted it to GitHub. As a part of this, I also introduced Git Flow into the tree. But I didn’t move forward. I took the time today to get the project in line with current CRAN standards, moved most of the documentation to Roxygen, and cut an initial 1.0.0 release.

Not bad for a holiday.