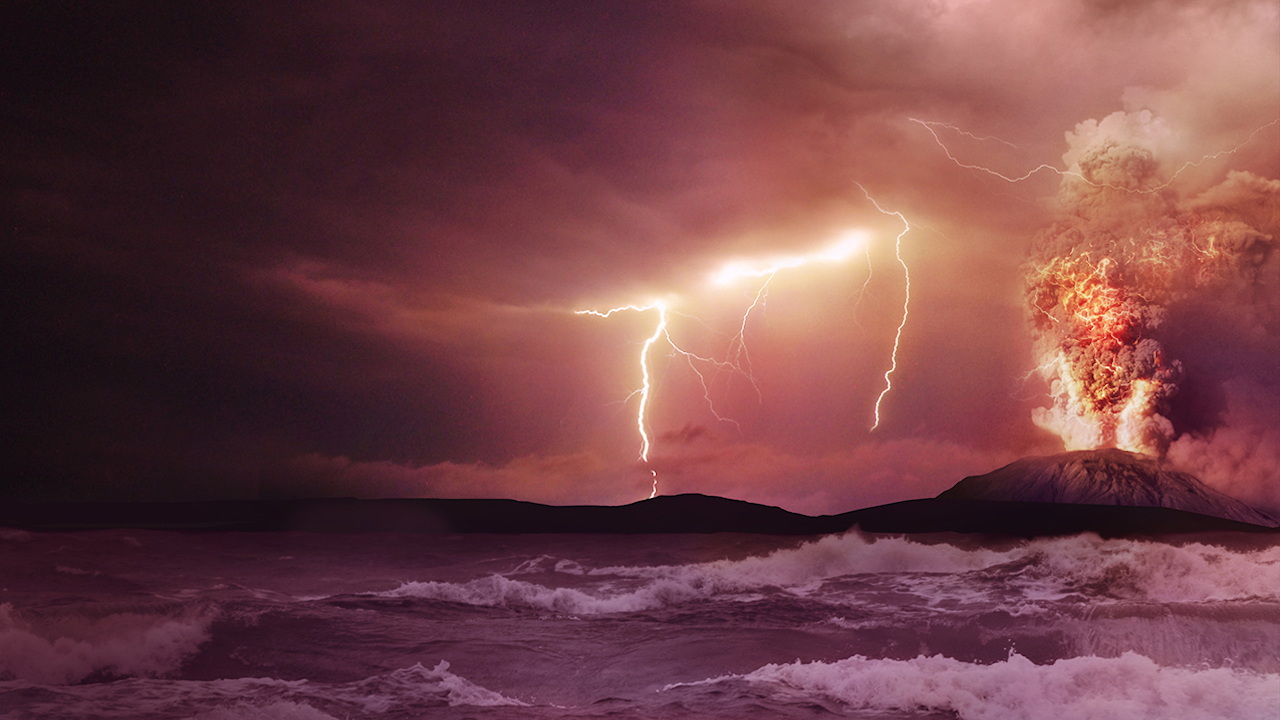 Life, the Universe, and Everything

The origin of life on Earth is a complicated question. The first thing we need to understand is that we don’t really know the answer. But we have some ideas about how it might have happened based on what we do know about the early Earth and what the environment was like.

First, we kind of have to define life, but even that is hard to work with. There is no uniformly accepted definition of what life is. But something we kind of think is key is the ability to reproduce. Of course, by this definition, some robots are alive, but we can set that aside for now. In addition, there’s an entire field of “artificial life” which uses computer programs to model biological processes. Some scientists use these to study the origin of life.

But to get something “alive” in any reasonable sense, it probably wants to make another. It is the biological imperative; if we cannot find it later, then it won’t last long. So to find the first biomolecule, some protein or amino acid, we are pretty far down the list of things we need to get to first life. And scientists are looking for that first biomolecule.

If you add hydrogen cyanide, acetylene and water together in a test tube, and give them an appropriate surface on which to be concentrated and react, you’ll get a slew of organic compounds including amino acids and a DNA purine base called adenine.

And those chemicals have been observed throughout the galaxy by astronomers now. Most think the building blocks of life are everywhere.

So is Earth special? I will guess not. It happened here. I know this because my children are sitting next to me and I think, therefore, I am. We know it happened at least once. Some argue that Earth is special because in order for it to happen once requires a long series of incredibly unlikely events to occur. And I completely agree with that, but come to a different conclusion. While I am thinking, I am a statistician. And there was not a single opportunity for those self-replicating molecules to form.

There were trillions all over the Earth, happening simultaneously and over eons. It wasn’t one dice roll. It was a zillion dice rolls. And when you have a lot of chances, one of them is more likely to come up your way. And you only need one for life to spring forth. The question is not how improbable life is, but rather how many chances do you get. Probability at scale is a beautiful thing. That’s why someone will win the lottery even though it probably won’t be you.