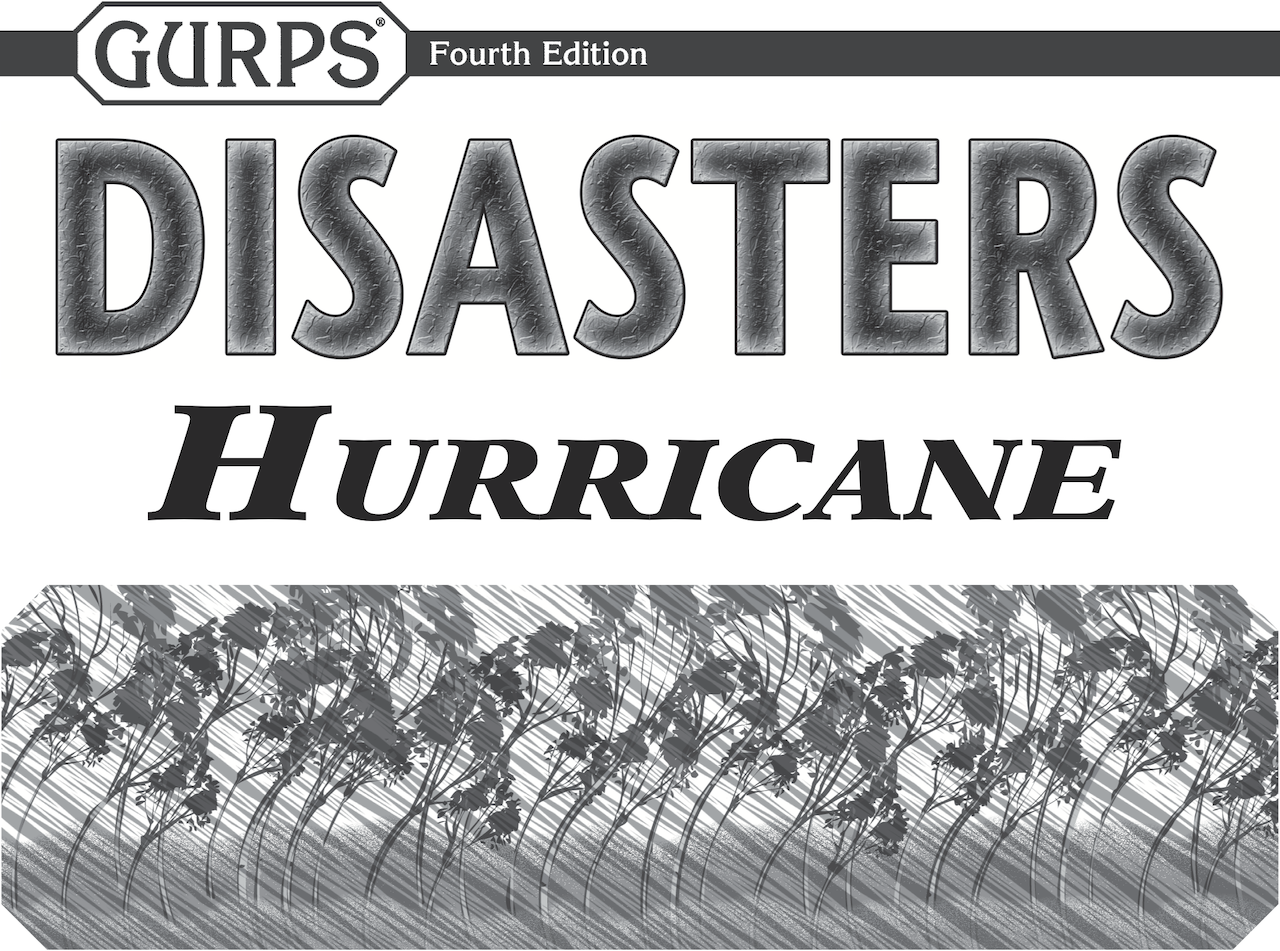 Water is the key to life, but it is also our greatest enemy. We can’t go more than a few days without a drink, but it can kill millions at a time. When water combines with wind, devastating hurricanes form. They wreck ships, destroy cities, and flood areas from horizon to horizon. They are even given names.

Everyone, I am happy to say that today, Steve Jackson Games released my new sourcebook, GURPS Disasters: Hurricane. The sourcebook covers how hurricanes form, what happens when they strike, and the recovery process and is designed to be integrated with any GURPS campaign. Like other GURPS sourcebooks, it can be used with almost any roleplaying game.

The story of writing this is a bit interesting. A year ago, I stumbled across the Steve Jackson Games website. I had never played GURPS nor read a GURPS book. All I knew about Steve Jackson Games came from the The Hacker Crackdown, Bruce Sterling’s 1992 book about Operation Sundevil. I, of course, downloaded this book from a BBS and read it when I was like 13. Steve Jackson Games ended up playing a strange role in all of this:

“G.U.R.P.S.” served as a framework for creating a wide variety of artificial fantasy worlds. Steve Jackson Games published a smorgasboard (sic) of books, full of detailed information and gaming hints, which were used to flesh-out many different fantastic backgrounds for the basic GURPS framework. – The Hacker Crackdown

I was learning about the Legion of Doom and Phrack. But here was this other thing, I had no idea what it meant. I grew up in a part of Ohio where people didn’t know the difference between Mazes and Monsters and reality. Roleplaying games were tantamount to playing cards with Satan himself. So, like everything else I read, it was filed away for potential later use. It only took twenty-five years for that happen!

So anyway, I was at the Steve Jackson Games website when I started browsing the catalog and noticed they wanted someone to write up how to game a hurricane. I didn’t know much about roleplaying but I do know hurricanes. So I sent them a pitch and here we are!

You can buy the sourcebook from Warehouse 23 today for six dollars.